The FAA said it is supporting more than 12 commercial passenger flights per day at Luis Munoz Marin International Airport in support of Hurricane Maria relief efforts in Puerto Rico.

According to the agency, as it restores radars, navigational aids and other equipment damaged by the storm, the number of flights is expected to continuously increase. The FAA said it has implemented a slot reservation system to manage the demand for ramp space at the airport. It can also separate aircraft in the air.

Preliminary damage assessments completed by the FAA have identified radars and navigation equipment that the FAA is now replacing. A long-range radar in the Turks and Caicos returned to service earlier this week, the FAA said, “giving air traffic controllers a much better picture of the planes and helicopters operating in the area.”

“Technicians are making their way to a second long-range radar site today at Pico del Este, which is located inside a National Park in Puerto Rico, on the top of a mountain,” the FAA said Monday. “The last two miles to the site through the rain forest are impassable, so the technicians are using chain saws to clear a path for themselves and the replacement equipment.” 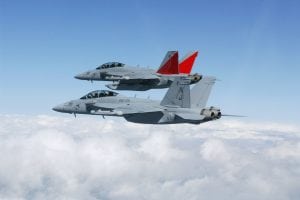