The aircraft reached the achievement following a demonstration at the U.S. Air Force Integrated Demonstrations and Applications Laboratory at Wright Patterson Air Force Base in Dayton, Ohio. The key milestone, Lockheed Martin said, provides confidence in the technical maturity of the receiver, more than one year before the Sikorsky HH-60W is set to make its first flight test.

“Although extensive contractor testing was previously conducted on the AN/APR-52 RWR, the [Air Force] laboratory provides a unique capability that allows high-fidelity demonstration of the system in a true operational environment,” said Bob Adams, director of Lockheed Martin Electronic Warfare Programs. “The successful demonstration is a key milestone to ensure the system will meet the needs of the warfighter. The complete electronic warfare suite will significantly improve detection of current and emerging threats which increases the survivability of the HH-60W.”

The company said its AN/APR-52 is all digital and features four channels. It is designed to process a large number of signals simultaneously.

“The APR-52 represents a significant leap in radar warning performance for rotary-wing aircraft,” said Tim Healy, Sikorsky CRH program director. “We are excited about its entry into service, and this highly successful demonstration significantly increases the confidence in our schedule.” 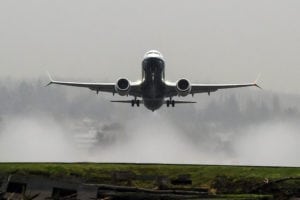 4 Things We Learned at AEEC/AMC

Half of Millennials Say No Inflight Wi-Fi is a Deal-Breaker, Gogo Says