The 10-hour mission had aircrews practicing intercept and formation training. Rockwell/Boeing B-1B bombers assigned to the 37th Expeditionary Bomb Squadron took off from Andersen Air Force Base, Guam, and flew to Japanese airspace. Japan's air force (Koku Jieitai) Mitsubishi F-2 fighter jets then joined. The B-1s then flew over the Korean Peninsula, where they were joined by South Korean air force Korean Aerospace Industries KF-16s. The Pacific Air Forces said the B-1s then performed a pass over Pilsung Range, then returned to Guam.

“While at home station my crews are constantly refining their tactics and techniques so that we can better integrate with our counterparts from other nations,” said Lt. Col. Daniel Diehl, 37th EBS, commander. “As demonstrated today, our air forces stand combat-ready to deliver airpower when called upon.”

The Pacific Air Forces said that aircrews, maintenance and support personnel would continue to generate B-1 sorties to demonstrate the continuing U.S. commitment to the region. This, the force said, would provide commanders with a strategic power projection platform and fulfill the need for anytime mission-ready aircraft. 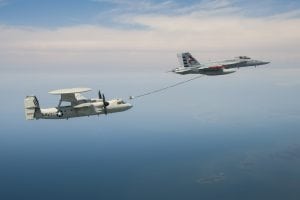