With Boeing projecting demand for 41,000 new commercial aircraft and 617,000 pilots over the next 20 years, traditional manned commercial airliners and business and general aviation aircraft will continue to dominate the skies in the near future. However, during the 2017 Paris Air Show, and really over the last year, several companies, including Airbus and Boeing have revealed new aerial flying concepts designed to give drivers in congested cities new options for getting to work, transporting cargo and other uses.

Here are seven new aerial concepts that could become a reality in the near future: Eviation, a startup company based in Israel, unveiled its all-electric light aircraft, the “Alice Commuter,” during the Paris Air Show. The company describes the aircraft as using distributed propulsion with one main pusher propeller at the tail and two pusher propellers at the wingtips. A total of 6,000 pounds of lithium-ion batteries provide power for the Alice, designed to carry up to nine passengers for a range of 600 miles.

Mark Moore, engineering director of aviation for Uber, said he hopes the new aircraft from Eviation will help to “catalyze demand for new battery and rapid recharging technologies that are crucial to enable electric flight.” Uber recently held an urban mobility conference, called Uber Elevate, where it discussed plans to start using electric aircraft as air taxis in the future.

Eviation, a member of NASA’s on-demand mobility program and the General Aviation Manufacturers Assn.’s (GAMA) electric propulsion and innovation committee, believes it will move its electric aircraft from prototype to certification by next year. It also expects to start performing its first commercial flights by 2021. The company said it is in talks with regional operators about the Alice Commuter.

Neva also said the personal VTOL aircraft would feature an “emergency satcom connection,” though not many details are provided on this feature. The AirQuadOne has been under development since 2013, and the development team is currently working with regulators and pilots to seek light aircraft certification from the FAA and EASA.

Neva's co-founder and chief science officer, David Brotherton-Ratcliffe, said the company is currently focusing on ensuring redundancy in flight controls and energy resources. Plans are in place for Neva to build an unmanned version of AirQuadOne as well, and future applications include use in search and rescue missions, recreational flying, aerobatics, patrols and defense, transportation and personal air taxis. The least “conceptual” kind of any aircraft on this list, the VSR700 optionally piloted vehicle by Airbus Helicopters has already begun autonomous flight trials. It is scheduled to make its first flight in 2018. The helicopter division of Airbus is developing the VSR700 jointly with Helicopteres Guimbal, the original manufacturer of the civil-certified Cabri G2 helicopter from which the VSR700 is derived.

Mike Sinnett, VP of product development for Boeing Commercial Airplanes, revealed during his Paris Air Show 2017 presentation of Boeing future research and development priorities that the OEM is considering a future possibility for electric-powered freighter aircraft. The executive revealed the above picture during his presentation.

“We’re looking at dedicated freighter airplanes that are smaller than the airplanes we design today, most likely they will be either electric or hybrid electric propulsion systems and our expectation is that our design would be fully autonomous," said Sinnett. "They may be limited to operational requirements to avoid populated areas, but we believe it’s an important step to flesh out this technology." The flying car is no longer a futuristic concept, as Slovakian manufacturer AeroMobil proved earlier this year, unveiling its latest flying car at the Top Marques Monaco super car show, and again last week during the Paris Air Show.

AeroMobil is already available for pre-order with a $1.2 million price tag, though the company plans to build various models at different price points.

The specifications of the AeroMobil flying car include: The ambitions of A3, the Silicon Valley-based division of Airbus launched in 2015, have been highly publicized. Its goal is to build a new autonomous electric-powered aircraft designed to help provide aerial relief to congested city streets worldwide. The Vahana, an autonomous vertical-takeoff-and-landing, passenger-carrying aircraft, is A3's first prototype. But CityAirbus is what Airbus CTO Paul Ermenko describes as the “flagship” of the Airbus urban mobility division. Workhorse Group describes this aircraft's eight independent motors driving a single carbon fiber propeller, a backup battery power system and a ballistic parachute to safely land in the event of emergency as the "reinvention of the helicopter." The two-seater rotorcraft features a gas engine and is designed to feature a 70-mile range.

Workhorse Group also notes that it features full computer and electrical system redundancy and a flight ceiling of 4,000 feet. 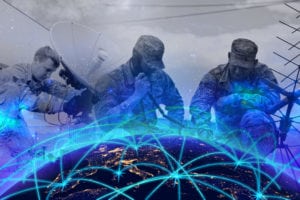 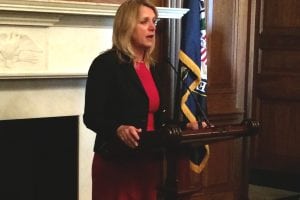 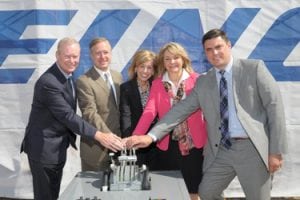