EASA sees technology making some airport design provisions outdated. To ease the process, EASA has launched a consultation for new certification specifications for airports, it said.

“Modern aircraft have very precise guidance systems for landing/takeoff and taxiing; this means that the current international and European provisions for designing runway, taxiway and other areas can be lightened without compromising safety,” EASA said. “The new proposal is meant to take this technological evolution into account.”

New specifications would allow airports to accept larger aircraft within the existing infrastructure and would allow for cost savings for the airport infrastructure. They could also yield environmental benefits because of more efficient use of available land and reduced consumption of construction materials for infrastructure.

The notice of proposed amendment ends May 31. EASA plans to then review submitted comments and prepare a regulatory decision for change of certification specifications for airport design.

In 2015, EASA launched an initiative at the European Union level to find better solutions for the accommodation of large aircraft at existing airports. The National Aviation Authorities, Airports Council International (ACI) Europe and other industry experts took part in the initiative.

The International Civil Aviation Org. (ICAO) also established a global task force to revise standards and recommended practices for airport physical characteristics. EASA and ICAO reviewed proposed changes and agreed they were to be incorporated into their respective provisions. With support from ACI Europe, material was incorporated into this EASA notice. EASA plans to work with ICAO consultation, which is expected soon. 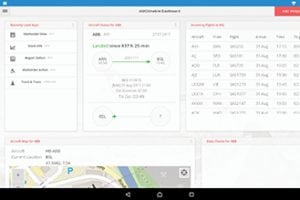