Boeing’s newly launched venture investment division, HorizonX, along with JetBlue Technology Ventures, is investing in a Kirkland, Wash.-based startup that is pursuing the development of alternative propulsion aircraft. According to the startup’s website, Zunum Aero, is pursuing the development of “hybrid-to-electrics” aircraft capable of performing short-haul flights with low aviation emissions.

The company notes that it has a goal to increase the amount of regular air service available to smaller communities located around the 13,500 airports across the U.S. that Zunum feels is under served in terms of aerial transportation.

Boeing HorizonX is led by Steve Nordlund, who takes this role after serving as vice president of strategy for Boeing Defense, Space & Security. Prior to his strategy role, Nordlund led Boeing's Autonomous Systems division. He has led strategy and business development organizations in both defense and commercial airplane business units at Boeing and helped launch venture-backed Insitu, Inc., which developed the ScanEagle and Integrator unmanned aerial systems. Boeing acquired Insitu in 2008. 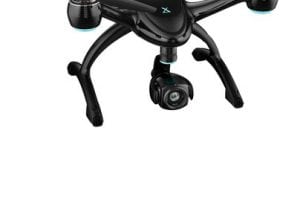