Testimony given by Earl Lawrence, the director of the FAA’s unmanned aircraft systems (UAS) integration office, before the U.S. Senate Committee on Commerce, Science and Transportation on Wednesday noted pilots of manned aircraft made 1,800 reports of sightings of UAS in 2016. Although there have been no actual reported collisions, the agency has expressed concern over that number, which increased from 1,200 in 2015.

670,000 drones have been registered since the end of 2015, when the FAA opened its UAS registration system, and the agency forecasts another 4.8 million will be sold in 2017. The Part 107 small UAS rule established by the FAA in June 2016 restricts the operation of small UAS to 400 feet above ground level (AGL) within line of sight of the remote pilot.

However, data released by the FAA last month and reports filed with NASA’s aviation safety reporting system (ASRS) show that the number of drones operating too close to manned aircraft well above 400 feet AGL are increasing.

“The potential for conflicts between manned and unmanned aircraft has become a very real challenge in integrating these new technologies into the NAS. We are seeing an increased number of drone-sighting reports from pilots of manned aircraft, with approximately 1,800 reports of sightings in 2016, compared to 1,200 reports the year before,” Lawrence told members of the Senate’s commerce committee.

Lawrence also confirmed before the Senate committee that the FAA is currently working with the Justice, Homeland Security and Defense departments on drone-detection technologies.

According to FAA Administrator Michael Huerta, who spoke at the Consumer Electronics Show (CES) in January, some of these drone-detection technologies are being evaluated around airports in New York, Atlantic City and Denver. Additional research is planned for Dallas-Fort Worth International Airport later this year.

The testimony from Lawrence highlights a complicated issue facing the FAA and civil aviation regulators globally as the use of UAS for commercial and civil applications grows. That issue is how to safely allow the expanded use of UAS for civilian and commercial purposes while ensuring unmanned aircraft are not operating too close to airports or in a class of airspace where they’re prohibited.

In February, the FAA released an updated drone sightings report highlighting 1,274 close encounters between manned and unmanned aircraft that occurred between February and September 2016.

Some of the reported findings from the FAA show airline and general aviation pilots have reported seeing unmanned aircraft as high as 5,200 feet AGL. One incident at Los Angeles International Airport on April 1 involved an Embraer E175 operated by Compass Air that saw a “red UAS” directly below it heading westbound at 6,000 feet AGL. On May 25, 2016, an Airbus A321 pilot departed from New York’s JFK’s runway 31L and reported seeing a drone at 2,000 feet.

On June 16, over Charlotte, North Carolina, an American Airlines-operated Airbus A320 “observed a white medium-sized UAS at 7,500 feet.” Although the incident was not reported as a near-mid-air collision, the pilots reported the sighting to the Charlotte terminal radar approach control.

Several reports filed last year with NASA’s aviation safety reporting system, which has a dedicated data set for UAS reports, feature similar situations. The system features reports from pilots filing drone sightings anonymously. In May 2016, a Boeing 757 captain described an incident involving a near-miss with a drone near Chicago O’Hare International Airport. The captain described it as being in a “place it should not have been,” adding that it was about 50 feet above and 50 feet to the right of the plane at 2,500 mean sea level (MSL).

The issue of UAS operating too close to manned aircraft was also researched in 2015 in a case study by Bard College’s “Center for the Study of the Drone,” which collected records of 921 incidents involving drones and manned aircraft in U.S. national airspace, dating from Dec. 17, 2013 to Sept. 12, 2015. The study found that locations with the highest number of incidents occurred in large metropolitan areas, between 10 a.m. and 6 p.m. local time. A majority of those incidents occurred within five miles of an airport as well.

Later this month, the topic will be one focus at the FAA’s second annual UAS Symposium, March 27 to 29 in Reston, Virginia. A relevant panel will be moderated by the FAA’s airports safety and operations division manager, Brian Rushforth. 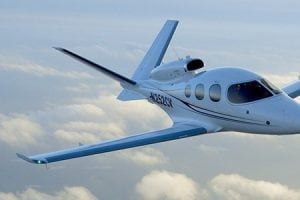 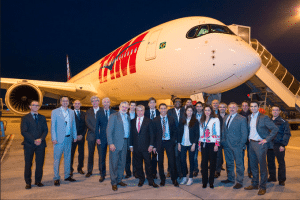 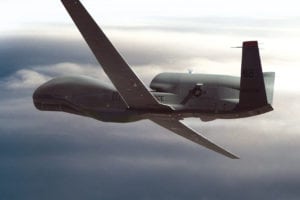 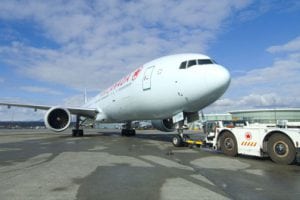