Panasonic Corp. has called on Tom Gebhardt to succeed Joseph M. Taylor as chairman and CEO of Panasonic Corp. of North America, the company says. This promotion is to be effective April 1.

Edging his experience as part of the company is Taylor. After nearly 34 years with the company’s principle U.S. subsidiary, he has chosen to retire. He held the chairman and CEO position for seven years, during which he led the company’s business transformation with the shift from consumer electronics products to business-to-business and business-to-government solutions. He also was responsible for creating Panasonic’s Smart City initiatives. Taylor was the first American executive officer and managing executive officer of Panasonic, and the first non-Japanese to serve Panasonic Corp. of North America.

But Taylor does not plan to leave the company immediately, come April. When his term is over, he is set to assume of the role of vice chairman until Dec. 31. He will also serve as a strategic advisor to Panasonic Avionics Corp. based in Lake Forest, California, and as a board member of Panasonic Corp. of North America subsidiary Hussmann Corporation, which is based in Bridgeton, Missouri.

"To have been a part of this hundred-year-old global company has been an honor," Taylor says. "To lead Panasonic in North America, particularly as the first non-Japanese head, has been a privilege. I have had a great ride, led a huge business transformation, worked with and met wonderful people, been around the world and had an opportunity to play a role in the technology revolution. I never dreamed of such a life. To finish this phase of my career knowing my successor is Tom Gebhardt makes it perfect." 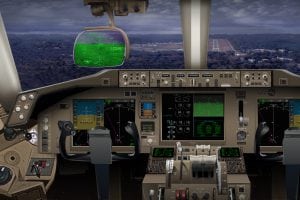