[Avionics Magazine 12-28-2016] 2016 was a significant year for consolidation, partnerships and merger and acquisition activity across various segments of the aerospace industry. Here, we look back at some of the biggest mergers and acquisitions that occurred in 2016 in chronological order.

In February, Honeywell Aerospace completed its acquisition of Com Dev International. Com Dev describes itself as a global designer and manufacturer space hardware and systems, with 1,250 employees across facilities in Canada, China, India the U.K., and United States. The acquisition complements the software portion of Honeywell’s aircraft connectivity solutions.

In March, Airbus Group announced the completion of Navtech, a provider of aeronautical charts and navigation data solutions. The acquisition lead to the launch of a new flight operations and Air Traffic Management (ATM) company by Airbus in July.

In June 2016, TransDigm Group announced its completion of the acquisition of Data Device Corp., supplier of databus and power control related technologies. The acquisition was originally announced in May.

Rockwell Collins CEO Kelly Ortberg talked about the aerospace and defense manufacturer’s acquisition of aircraft cabin interior supplier B/E Aerospace during his fourth quarter 2016 earnings call. The merging of the two companies’ core capabilities could lead to the creation of smarter aircraft cabins.

In one of the year’s biggest avionics acquisitions, Satcom Direct (SD) announced the acquisition of TrueNorth Avionics at the 2016 National Business Aviation Association (NBAA) conference. The TrueNorth acquisition was completed earlier this month, and followed SD’s acquisition of flight scheduling software provider AircraftLogs in September. 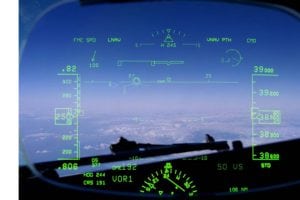