[Avionics Magazine 11-18-2016] The U.S. government awarded Rockwell Collins $27 million to activate a depot capability for the U.S. Navy P-8A Poseidon aircraft HF-121C and miscellaneous radio components. Under contract through 2020, the capability will be delivered in a three-phased approach. The partnership is currently in an activation stage, or the second phase, which involves the knowledge and tools transfer to support the radio components to U.S. Navy personnel. Phase three involves a sustainment plan and likely a public-private partnership.

The HF-121C airborne High Frequency (HF) communication system is designed for HF applications requiring voice and data operations at 400W transmit power. The HF-121C and other radio components provide maximum performance to the P-8A Poseidon, allowing for fast and secure data transfer, making it a critical onboard capability. 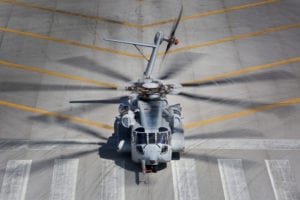