[Avionics Today 09-26-2016] The European Union (EU) has provided Airbus with almost $5 million in illegal launch aid through government subsidies, the World Trade Organization (WTO) ruled on Sept. 22. In pursuing a request from the U.S. government to investigate grants and government-provided goods and services that ultimately brought all aircraft in the Airbus family to fruition, from the A300 through A380, the WTO ruled that the EU failed to withdraw old subsidies and instead put in place new subsidies on the order of billions.

“The principal subsidies covered by the ruling include financing arrangements provided by France, Germany, Spain and the U.K. for the development of the A300, A310, A320, A330/A340, A330-200, A340-500/600, and A380 [Large Civil Aircraft] LCA projects,” the WTO ruling states. It also includes a series of additional funding aids, including equity infusions provided by the French and German governments to companies that formed part of the Airbus consortium, and infrastructure measures provided to Airbus by German and Spanish authorities.

So what will this mean for the airframer market and Airbus and Boeing going forward?

“Nothing much,” senior analyst for the Teal Group, Richard Aboulafia, told Avionics Magazine. “This is a moral victory for Boeing, but as far as actual tangible results, it is hard to see how this could result in anything.”

Boeing is certainly seeing the ruling as a victory, with Boeing Executive Vice President and General Counsel J. Michael Luttig noting in a statement released on Sept. 23 that “the day of reckoning for launch aid has finally arrived.” But Airbus seems to be echoing the sentiment that nothing will likely come of the ruling, noting that the WTO has previously ruled against Boeing in 2012 for similar government aid for the Boeing 787.

Airbus is also in the process of evaluating further claims against Boeing’s 777X aircraft programs in accordance with complaints brought by the EU. At the time, Airbus identified $5.3 billion in illegal U.S. subsidies and estimated that the French airframe manufacturer had lost roughly $45 billion in sales due to the illegal funding.

“This case should not be seen in isolation. There are already decisions condemning Boeing’s abusive and illegal subsidies,” Airbus spokesperson Stefan Schaffrath told Avionics Magazine. “Before year-end the record subsidies for the 777X will almost certainly be condemned as illegal, in the same way they were already for the 787. These disputes can only end in a balanced, mutual agreement.”

Aboulafia believes that “balanced and mutual agreement” is also the only way forward, barring what he believes would be an “unnecessary trade war” between the U.S. and the EU.

“The problem with the WTO is that its rulings don’t include the use of military force. What they basically do is they give the other side the chance to retaliate and then the Europeans can laud another WTO ruling that in turn may damage Boeing. They could launch a trade war over this but, it wouldn’t benefit anyone,” he said, adding that the WTO rulings are very “mechanism specific,” meaning that if Airbus did want to continue receiving launch funding, there would be more ways than this to continue.

Airbus also noted that the WTO only pointed out specific points of issue. “We only needed to make limited changes in European policies and practices to comply [with world trade regulations],” Schaffrath said.

But, according to Aboulafia, more subsidies wouldn’t be necessary for Airbus in the foreseeable future, as the company isn’t planning to launch any new aircraft programs, and is seeing larger profits now than in previous years.

“There is nothing on the horizon that would require any kind of launch aid and, frankly, Airbus is a far more profitable corporation than they were 10 or 20 years ago,” said Aboulafia. “If they didn’t get these subsidies, the market would look very different today, but now they have the cash flow to do an awful lot. Even more importantly, however, there is nothing new on the horizon. As Tom Enders said last year, Airbus is only looking at derivatives and derivatives are much less capital intensive to create.”

These derivatives include the A320neo, A330neo and different variants of the A350, etc., none of which would require the types of expenditures that Airbus can’t likely fund on its own.

But while this might not have an immediate impact for either Airbus or Boeing, it could open a path for other airframers hoping to compete in the large civil aircraft market, according to Aboulafia.

“This might expose the WTO process as somewhat fruitless,” he said. “While Russian and Chinese airframers likely wouldn’t be able to break into the commercial jetliner market even with this realization, this could make things a bit clearer to Bombardier as to how they can go about cementing their place in this market. The Canadian government could look at this and see that there are relatively few consequences to these sorts of things and airframers can subsidize to their heart’s content, and then give Bombardier the extra $1 or $2 billion necessary to make the C Series happen.” 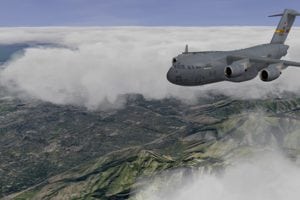 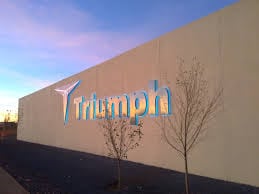