[Avionics Magazine 06-21-2016] The FAA has finalized its first operational rules regulating the commercial operation of small Unmanned Aircraft Systems (UAS). According to a statement from the administration, the new rules will become effective in late August, establishing safety regulations for operating UAS weighing less than 55 pounds. The DJI Phantom drone. Photo: DJI.
The regulations require pilots to keep an unmanned aircraft within visual line of sight. Operations are allowed during daylight and during twilight if the drone has anti-collision lights. The new regulations also address height and speed restrictions and other operational limits, such as prohibiting flights over unprotected people on the ground who aren’t directly participating in the UAS operation.
The FAA is offering a process to waive some restrictions if an operator proves the proposed flight will be conducted safely under a waiver. Operators can apply for these wavers using an online portal the administration will make available in the months ahead.
Under the final rule, the person actually flying a drone must be at least 16 years old and have a remote pilot certificate with a small UAS rating, or be directly supervised by someone with such a certificate. To qualify for a remote pilot certificate, an individual must either pass an initial aeronautical knowledge test at an FAA-approved knowledge-testing center or have an existing non-student Part 61 pilot certificate. If qualifying under the latter provision, a pilot must have completed a flight review in the previous 24 months and must take a UAS online training course provided by the FAA.
Here are some of the more significant operational limitations for small UAS featured on the FAA's new Part 107 rule:

• Must yield right of way to other aircraft.

• May use Visual Observer (VO) but not required.

• First-person view camera cannot satisfy “see-and-avoid” requirement but can be used as long as requirement is satisfied in other ways.

• Maximum altitude of 400 feet above ground level (AGL) or, if higher than 400 feet AGL, remain within 400 feet of a structure.

• Operations in Class B, C, D and E airspace are allowed with the required ATC permission.

• Operations in Class G airspace are allowed without ATC permission. 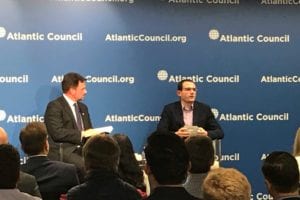