The CS100 airliner featured the livery of launch customer Swiss International Air Lines (SWISS). With the passengers, their luggage and fuel on board, Bombardier confirmed to passengers that its calculations indicated the aircraft could have flown direct from Dublin to Montréal. The one hour and 50 minutes ride from Dublin to Zurich consumed 20 per cent less fuel than competing single-aisle aircraft currently flying that route.

The CS100 is still approaching first delivery and entry-into-service with launch operator SWISS. 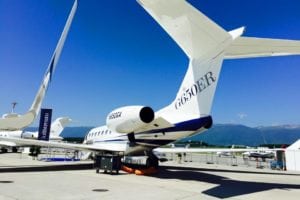