[Avionics Today 05-31-2016] Boeing has released a statement noting that the U.S. Air Force is delaying the KC-46 tanker’s production schedule. The Air Force is moving its formal production decision on the KC-46 tanker program — known as Milestone C — from June 2016 to August 2016 to allow additional time to implement a solution to a refueling boom loads issue identified during flight testing earlier this year.

The Air Force has released an updated projection from Boeing for initial KC-46 deliveries and the expected timing for delivery of the first 18 certified tanker aircraft, a milestone known as Required Assets Available (RAA). Due to ongoing complexities associated with qualification and certification of the aircraft’s centerline drogue and Wing-Aerial Refueling Pod (WARP) systems, and the previously announced higher volume of change incorporation to bring the first 18 aircraft up to the certification configuration, the first tanker delivery will move from March 2017 to August 2017 with the 18th aircraft delivered in January 2018.

The underlying production system remains on track, and Boeing will have more than 18 aircraft through the factory line and in various stages of final change incorporation and certification by August 2017. The first 18 aircraft will be equipped with refueling boom and centerline drogue refueling capabilities as well as all other contract required capability except WARPs. The WARP systems required to complete full contractual RAA will be delivered separately in October 2018. 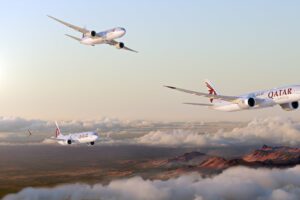