[Avionics Today 04-13-2016] The 2016 Asian Business Aviation Conference and Exhibition (ABACE) kicked off in Shanghai on April 12, highlighting the growing business aviation presence in the region. According to the International Civil Aviation Organization (ICAO), business aviation operations are currently expanding at 5 percent annually in the Asia-Pacific — faster than any other region in the world today — much of which is driven by China.

While the U.S. still accounts for the majority of the biz av activity across the globe, and China has experienced some economic volatility over the last year, companies are coming out in full force at ABACE to showcase that Part 135 operations are still strong in the region. We’ve collected the biggest news coming out of the show here for you to ogle over.

1. BAA Takes a Stake in NetJets

Aircraft charter company NetJets has announced that Business Aviation Asia (BAA), a subsidiary of China Minsheng Investment, will acquire a 25 percent stake in the Chinese branch of the company. This would make BAA the second largest shareholder in the company, which is a joint venture between NetJets and a group of Chinese investors, led by private equity firm Hony Capital and Fung Investments. The partnership still requires regulatory approval from the Chinese Ministry of Commerce and the Civil Aviation Administration of China (CAAC), but once approved, NetJets will retain a 49 percent stake in the joint venture and the company will expand its aircraft management business in the region.

The deal looks to combine NetJets’ enormous fleet of more than 700 aircraft with BAA’s local expertise to expand the fractional ownership company’s reach in the region. Avionics Magazine reached out to NetJets to learn more about the partnership, but the company declined to comment at this time.

“BBJ is doing really well in Greater China and we are growing every year,” said Boeing Business Jets President David Longridge. “The BBJ fleet continues to expand and the response to our product lineup has been really positive. We are thrilled to have sold three BBJ MAXs into greater China and we think that is just a start.”

The company will deliver a BBJ 2 into the Chinese market this year, followed by another BBJ 2 in 2017. These numbers will complement the huge growth in commercial aviation that Boeing is predicting, which forecasts the Chinese fleet will nearly triple in the next 20 years to the tune of 6,330 new planes worth $950 billion.

3. Textron’s Turboprops On the Upswing

Textron, like Boeing, is also flaunting growth in the region. Three years after establishing a Joint Venture (JV) between Cessna Aircraft and China Aviation Industry General Aircraft (CAIGA), Textron reported that deliveries of the Cessna Caravan single-engine utility turboprop have increased nearly 80 percent in country. The company estimates that there are nearly 900 turboprop aircraft operating in the Asia-Pacific region, with Textron models contributing to a large share.

“The success of the Caravan and King Air in region demonstrates how being close to our customers allows us to be more responsive in offering solutions for their mission requirements,” said Bill Schultz, senior vice president of business development in China for Textron. “From establishing assembly and delivery partnerships, to aggressively investing in sales and support personnel, Textron Aviation’s approach of building a localized, company-direct presence in China is not only ensuring Cessna and Beechcraft products remain the leading models in China in the categories in which we compete, but also helping mature the business aviation industry here.”

Airbus Corporate Jets (ACJ) has landed the first Asian customer for its ACJ319neo, delivery of which is planned for the second quarter of 2019. The unnamed client, which is upgrading from a large, traditional, business jet, is also the first new customer for the ACJneo family. Engines and cabin outfitter have yet to be announced.

This is one of six firm orders for the ACJneo family aircraft since its launch less than a year ago, which Airbus says highlights its strong appeal in the marketplace. Airbus also expressed it was confident Chinese business aviation operators would continue to move toward larger aircraft, such as its ACJ319neo, which can carry eight passengers at 6,750 nm in 15 hours, bolstering the growth in the Asia-Pacific.

Airbus has also launched a key area of cooperation with China to update the nation’s airspace with state-of-the-art Air Traffic Management (ATM) systems.

“In less developed and rural regions, including landlocked and small-island States, where a lack of stable demand, infrastructure constraints, and other challenges can often impede the viability of commercial operations, business aviation helps to establish vital links enabling improved connectivity,” Liu said. “And in a similar vein, the ability of business aircraft to make use of shorter runways contributes substantially when emergency and humanitarian efforts are required.”

She also highlighted the $22 billion and 164,000 jobs the business aviation sector contributes to the European Union, as well as the $200 billion and 1.1 million jobs it generates in the United States.

“These are very significant socio-economic contributions, and it would be encouraging to see similar levels of business aviation economic influence becoming more globally widespread,” added Liu, pointing to the 5 percent growth rate for business aviation coming out of the Asia-Pacific. 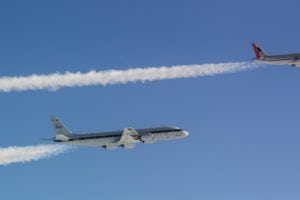 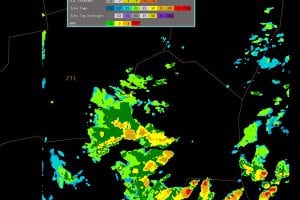 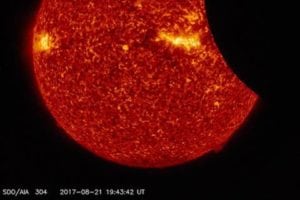