[Avionics Today 04-06-2016] Among the new cockpit capabilities that Boeing  has introduced on its fastest selling aircraft, the 737 Max, are four large displays that provide a window to the avionics systems and access to critical flight information for pilots. Boeing is currently flight testing the new Rockwell Collins-developed displays as the manufacturer prepares to enter the Max into service. The 737 Max completed its first flight Jan. 29, in Renton, Wash., and is on schedule for first delivery to Southwest Airlines in the third quarter of 2017. With a backlog of 3,000 orders for the Max, and competition from Airbus in the form of the re-engined A320 neo, Boeing is looking to ensure every aspect of the aircraft provides improved operational efficiency, reduces fuel burn and achieves lower operating costs than its predecessor, the 737 Next Generation (NG).

Since winning the Max display contract from Boeing in 2012, Rockwell Collins has worked with the Original Equipment Manufacturer (OEM) to effectively mimic the cockpit package featured on the 787. Engineering teams at Boeing and Rockwell Collins worked to replace, revise and relocate 23 displays and controls, and the Max design also reduces the six-display configuration of the 737 NG to four 15.1-inch Liquid Crystal Displays (LCDs).

"The clocks, which were standalone pieces of equipment in the cockpit before, have now been incorporated into the displays. There are separate switches and functions in knobs that have either been relocated or incorporated into the displays, as well. Those changes were made to accommodate for the four large-screen displays in that smaller cockpit. Generally speaking, regarding what is in the Max versus what was in the previous Next Generation version of the airplane, everything is the same, it is essentially in the same location, which was all part of Boeing’s plan to simplify the transition between the NG model airplane to the Max," Keith Stover, principle systems engineer at Rockwell Collins told Avionics Magazine.

Working with Boeing, the Rockwell Collins engineering team found that a major goal for the 737 Max program was to keep the functionality and familiarity of the flight controls very similar to the 737 NG. Keeping that similarity in place helps airlines to reduce training costs for crews. Boeing is also using an amended type certificate for the Max, versus obtaining a new type certificate altogether, in order to maximize similarity to its predecessor.

However, there are some new capabilities within the displays themselves, says Tim Fannin, principle systems engineer at Rockwell Collins.

"For example, the vertical situation display that is going to be available on the navigation display — something that was not very widely used on NG — that will be available on the Max. That enables the pilots to see not only a guideline view of their flight path, but it also now allows them to look at a profile view and they can compare that to their terrain, for example," said Fannin. "They also have the ability to not only [view] your route, but airports in the region and navigation aids, which before would have overwhelmed the display with information. Now, we can put a lot more information on the display and the pilots can still decipher what they’re looking at without difficulty. It is much easier to see and not as cluttered as it was before."

Additionally, Boeing has worked to ensure that the displays themselves contributed to an easier maintenance process for airlines. Fannin describes the displays as being a "conduit" to the new maintenance functions featured on the Max that were not previously available on the 737 NG, although they're featured on the 787 and will be integrated into the 777X.

Primarily, the system will enhance maintenance by bringing Built-In Test Equipment (BITE) information to the flight deck, which today is accessed by maintenance technicians through avionics bay. A Network File Server (NFS) and Digital Flight Data Acquisition Unit (eDFDAU) will also act as a centralized data collection system that connects the aircraft in-flight to airline operations teams on the ground to allow ground teams to be ready to handle any critical issues as soon as the aircraft lands.

"One of the key aspects here is it provides a more centralized maintenance function from a diagnostic standpoint. You are able to do more through the displays in a centralized manner as opposed to past configurations that were more distributed. For example, in past configurations, you might have to go to a specific [Line Replaceable Unit] LRU in the avionics bay in order to understand what the fault data is. We have centralized that functionality through the displays, and that is going to streamline fault detection and isolation as well," John Schneider, principle program manager for Rockwell Collins told Avionics Magazine.

Improving functionality, adding new flight control capabilities and achieving weight savings and improved maintenance processing were a focus for the team, however the team also focused heavily on the high rate of production that will be necessary to support the 737 Max program going forward. Boeing's latest reported 737 Max order backlog equates to 3,072 orders for more than 50 different airlines and leasing companies. At four displays for each aircraft, that need would equate to a 12,288 displays supplied by Rockwell Collins. Supporting that type of production for such a critical aspect of the flight deck lead to the engineering team focusing not only on new capabilities, but also how to design the displays in a way to support a high rate production cycle, according to Schneider.

"The 737 is a high rate production program. We had a lot of collaboration up front between our design teams and our production teams so that we were not looking at everything on the design side in a vacuum, we’re looking at it not only from an operational and a functional standpoint, [Primary Flight Displays] PFDs and maintenance functions, but we have taken a close look at the hardware design as well to ensure that when we have to produce over 40 of these a month at our factories. We are doing everything we can to ensure success there in meeting the rates and doing that in a quality fashion," said Schneider. 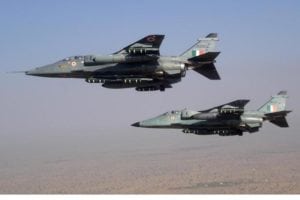 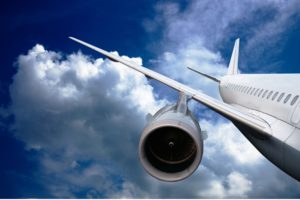 The Role of Moded Input Devices in Airliner Accidents