Less than 10 percent of U.S. airlines have ADS-B capability on board, leaving tens of thousands of airliners and hundreds of thousands of general aviation aircraft still in need of equipage. The FAA’s NextGen Advisory Council Sub Committee (NACSC) reported In February that only 451 aircraft operated by U.S. airlines were ADS-B equipped, while 220 international carrier aircraft were equipped. How is the industry responding, especially to those operators of legacy aircraft facing hardware obsolescence issues, which only add to the complexity and cost of meeting compliance? With a little over three-and-a-half years to go before the FAA ADS-B mandate takes effect on Jan. 1, 2020, aircraft operators must decide whether they will need to completely replace or upgrade transponders and their GPS equipment and wiring.

The good news is the FAA is on point with both communicating to the industry and responding to certification requests. The agency’s NextGen Equip ADS-B website includes a number of useful links and tables to help airlines get up to speed quickly about their options. This link also includes a list of approved ADS-B Out Avionics equipment by manufacturer, along with the aircraft type with which the equipment can fly.

“The FAA has been very candid and forthright about … enacting airspace change to the benefit of the traveling public and the airlines by putting in technologies that will deal with things like congestion,” says Craig Peterson, senior director of marketing for Rockwell Collins.

The agency remains consistent in stating that the mandate timing will not be extended, though it did exempt U.S. airlines from equipping their aircraft with Wide Area Augmentation System (WAAS)-compliant GPS until the end of 2024, to accommodate those airlines in the process of transitioning to newer aircraft. They will temporarily get to keep their existing GPS receivers, which will not provide positioning data to the level of signal for ADS-B. They have to show the FAA that they have a transition plan for those aircraft by Dec. 31, 2024.

Most industry watchers doubt that the FAA will adjust its stance on the Jan. 2020 date, but the prospect of grounding thousands of planes that are late to getting their upgrades scheduled by overwhelmed shops may force some accommodation, say others.

“I think if timing becomes an issue, the FAA will have a streamlined process for people to get a one-year exemption, but I expect after one year they will make it very hard,” says Tom Dooling, senior manager of technical sales for business and general aviation at Honeywell Aerospace. Air transport players will have the advantage since one exemption would cover entire fleets, whereas the business aircraft owners would need to file for individual exemptions for each of their planes.

One thing is certain, with only a few years to go, aircraft operators are feeling the pressure to begin to look at their upgrade options at local repair stations. ADS-B Out affects predominantly two systems on the aircraft: satellite navigations systems or transponders, and the GPS source, which, depending on the age of the aircraft and how often operators have kept up with technology updates, may be obsolete or even non-existent.

Below, avionics insiders share what type of upgrade and integration issues they are seeing in the market to date, and what operators need to think about as they move forward, as they weigh the age of their planes with the costs and benefits of various options. One point the industry agrees on is the need for every airline and GA aircraft owner to not postpone their compliance plans, even if operators aren’t certain what they are going to be doing with their aircraft by 2020.

“The FAA announced its ADS-B plans to the industry a number of years ago. They have invested in ADS-B by ensuring the infrastructure is in place to support the new capabilities. They are now looking to operators to do their part by getting their upgrade plans in place to be compliant in time for the mandates,” says Arnold Oldach, product marketing director for ACSS, an L-3 and Thales Company, which serves the general aviation, regional and military aircraft markets.

“The biggest thing is to emphasize the importance of dialogue,” adds Ken Elliott, technical director of Avionics for Jetcraft, and task group lead for the NACSC. He notes that owners of newer aircraft often start with their original equipment manufacturer, or preferred Maintenance, Repair and Overhaul (MRO) facility, to find out what solutions they currently have for ADS-B. “Let them guide you through the process,” he says. “The sooner you do that, the better.”

For owners of legacy aircraft, the process is less straight forward, according to Elliott. “I suggest that they talk to the avionics shops they fully trust and request recommendations from the shop. Be sure to ask for multiple choices, and engage with people you trust.” He notes that owners of bigger aircraft often start with their Original Equipment Manufacturer (OEM) to find out what solutions they currently have for ADS-B. Dooling points out that, since most business jets come in for major maintenance every three years, there is still time to schedule the ADS-B work.

Key avionics players, Honeywell Aerospace, Rockwell Collins and L3 Communications are at varying stages of readiness for ADS-B Out. Dooling says almost all business aviation and regional aircraft equipped with Honeywell’s Primus Epic product “have a solution for ADS-B Out today.” However, operators still using the older MST-67 transponders originally from Allied Signal, which acquired Honeywell in 1999, will have to wait until mid-2017 to swap out their old transponder for a new one.

“We are in the process of building a new MST 100, which will be a plug-and-play replacement for the MST- 67 and support ADS-B Out,” he says.

Dooling couldn’t say precisely how many MST 67-equipped aircraft are still flying, but he estimated that the number could be on the order of 4,000 to 5,000 aircraft, with some being used for military operations.

A challenge that the manufacturers have had to contend with is the fact that the ADS-B Out standard has been modified three times between 2010 and 2014. In early 2015, L-3 announced the Lynx line of ADS-B products for General Aviation (GA) that deliver compliance to the 2020 mandate and feature upgradability to add new features in the future. “The Lynx product line was designed to answer the needs of GA aircraft and pilots, whether they only need compliance to the mandate, or if they are looking to upgrade their cockpit with additional capabilities,” says Oldach. L-3’s Lynx NGT-9000 is a single box solution for ADS-B traffic, a Mode S Extended Squitter transponder with a compliant GPS/WAAS position source. The touchscreen display shows ADS-B traffic, weather information and moving maps.

A major concern of Greg Francois, senior technical sales manager for Honeywell Aerospace’s Air Transport and Regional business, is that customers won’t move forward to get wiring modifications done ahead of time. “I am really worried that everyone is going to wait until the last minute,” he says. Francois says for air transport operators with older transponders, Honeywell is doing a whole unit swap with the new DO-260B transponder that comes with a five-year warranty. It doesn’t include a GPS source, so Honeywell is offering two methods to replace the GPS: For older aircraft, Boeing is currently certifying the TRA-100B, Honeywell’s latest DO-260B ADS-B Out compliant transponder that meets global requirements; for modern aircraft that have an existing multi-mode receiver, Honeywell is certifying their integrated MMR (or i-MMR) that is fully WAAS-enabled. Southwest Airlines is the launch customer for i-MMR, which it will deploy on its Boeing 737 MAX aircraft and its existing fleet of Boeing 737NG aircraft.

Peterson contends that Rockwell Collins solutions are “very much oriented towards trying to get a continuity of the existing and deployed avionics systems.” He says most of his company’s customer base is in a good spot. Rockwell Collins offers a software enhancement that is certified for both its air transport transponder product, the TPR-901, and for the business and regional jet market solution, the TDR-94 transponder. “There are service bulletins and software evolutions that are certified and now available to the marketplace to put those solutions on aircraft today.”

The company’s transponders and GPS (which in air transport is a multi-mode receiver and in the regional and corporate jet market is standalone GPS), are ADS-B compliant. “They meet the spirit of the mandate and the regulatory environments for performance,” says Peterson.

The ADS-B mandate has resulted in a glut of new lower-cost market entrants with varying degrees of technology expertise and track records. Peterson notes that while there are some cost-effective alternatives, operators need to recognize the ramifications of going with those choices.

FreeFlight Systems, a 25-year-old avionics supplier based in Austin, serving light general aviation, business aviation and commercial and military markets, offers cost-conscious aircraft owners a path to ADS-B compliance that is less complicated and expensive than a complete swap-out of avionics transponders or other infrastructure. Peter Ring, director of Sales and Marketing and the chief pilot, says his company provides a WAAS GPS position source that connects to existing transponders. His firm’s equipment includes a $15,000 GPS sensor, a $15,000 interface-capable box and potentially a software upgrade to the existing transponder. A typical install takes three weeks, Ring says, and the time-consuming part is the fact that the technician has to pull the interior to install a new antenna.

Dan Buzz, a former executive with Duncan Aviation and currently president of Dan Buzz and Associates, an engineering firm that provides FAA certification for modifications and repairs on business and general aviation aircraft, started a new venture a year ago to help operators secure ADS-B STCs. He says that if operators aren’t acting now “they are going to run into real problems.”

“There’s too many airplanes to equip,” he says, predicting that those who procrastinate will face higher prices and the possibility of having to ground their planes until their planes are compliant. “Do your homework up front so you can understand exactly what options you have to get your aircraft compliant. Once you determine those options, make a decision on the option. Get it scheduled. It doesn’t have to be next week. Plan ahead so you are not putting your aircraft down when the rush comes on.”

Aviation industry veteran Dan Buzz started his newest firm, CMD Flight Solutions, to help with securing ADS-B STCs, widely considered by the industry as the most time-consuming part of the ADS-B Out process. Some of CMD’s biggest customers are the big three aviation equipment installers, Standard Aero, Duncan and West Star Aviation.

“We are seeing serious aviation companies moving ahead and getting their solution done,” says Buzz, who has sold 50 chipsets to date. His company provides the engineering package that tells the installer what needs to be installed point-to-point. “With the STC data package we provide a Skylight Avionics adaptor that monitors the transponders and if there is problem with the ADS-B function, an annunciator lights up in the cockpit to advise the crew. Our solution is the data package — it is up to the installing agency to get the transponders updated and to assure the GPS is the correct source.”

He contends that certification isn’t an issue if an operator purchases an STC. “The FAA has tweaked their guidance on using field approvals where people have the option to do this on a field approval versus an STC,” says Buzz. “When they read the fine print, they realize they have to flight test the data so that means every time you do a new interface on field approval, you have to go up and fly it. There are enough STCs out here now that I don’t think certification is an issue with getting the mandate accomplished.” 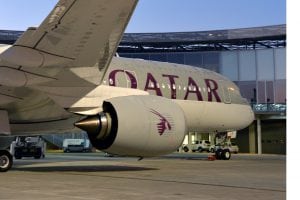 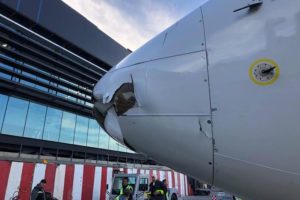