F-35A flying over the West Coast Sea Test Ranges near Ventura, California, to perform a Flutter Test Mission, Jan. 20, 2016. Photo: Lockheed Martin.
Lockheed Martin is developing three different versions of the F-35 for the U.S. Military and nine countries that have already placed orders for the aircraft. Initial Operational Capability (IOC) for the F-35A, the U.S. Air Force (USAF) F-35 variant, was originally scheduled for Aug. 1, 2016, according to a speech made by Gen. Jeffrey Harrigan during the 2015 Air Force Association Air and Space conference. However, Bogdan told lawmakers Wednesday that problems with the aircraft's computer processing software is causing more delays.
"The aircraft has approximately eight million lines of code, with another 16 million lines of code on the off-board systems. This is an order of magnitude greater than any other aircraft in the world and represents a complex, sometimes tricky, and often frustrating element in the program," said Bogdan.
The main problems are caused by fielded Block 3i and 3F software upgrades.
"The fielded Block 3i software and the 3F software in flight test are not as stable as they need to be to support our warfighters. We are experiencing instability in the sensors — particularly the radar — leading it to shut off and ‘reboot’ in flight. Currently, this problem occurs about once every four hours of flying, and we expect to improve this to once every eight to ten hours of flying. We believe we have identified the root cause of these stability problems to be the timing of software messages 15 from the sensors to the main F-35 fusion computer, and we have tested solutions in the lab environment," said Bogdan.
The solutions referred to by Bogdan will be flight tested by over the next several weeks. Additionally, a "Red Team" of experts from the U.S. Air Force and Navy have been assembled to launch an in-depth look into the needs for the software fix, Bogdan said.
Lockheed Martin has developed the F-35A software based on six key blocks, with Block 1A/1B comprising of more than 78 percent of the 8.3 million source lines of code required for F-35A war fighting capability. Block 2A provides enhanced training to include functionality for off-board fusion, initial data links, and electronic attack and mission debrief. Block 2B provides expanded data links, multi-ship fusion and initial live weapons, while Block 3i includes the implementation of new hardware, specifically the Integrated Core Processor (ICP). Block 3F presents 100 percent of the software required for full war fighting capability.
Block 3F software presents the biggest risks for the F-35A program, as testing of 3F started later than planned due to time needed to fix Block 2B and 3i software, according to Bogdan. The main issue stems from previous development, which involved managing the Block 2B software using the Block 3i hardware, which caused the F-35A systems failure rate to increase from once every 30 hours to once every four hours, according to testimony provided by Sean Stackley, assistant secretary of the Navy for research, development and acquisition (RDA).

"The Block 3F software must take information from other sources, such as other non-F-35 aircraft, satellites, and ground stations and fuse this information with F-35 information, giving the pilot a complete and accurate picture of the battlespace. Additionally, the remaining flight loads, buffet, and weapons delivery accuracy flight testing needs to be accomplished. We estimate there is about four months of risk to this schedule, placing full 3F capability to the warfighters in the late fall of 2017," said Bogdan. 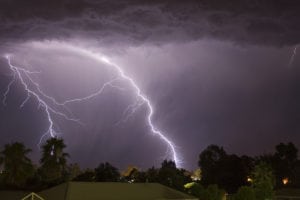