[Avionics Today 03-18-2016] The current duopoly in the aircraft industry is on the verge of breaking up and bringing in a third competitor. Going forward, Boeing, Airbus and other suppliers will look to balance supply and demand as the industry braces for the global fleet to nearly double within the next 20 years, according to the latest Boeing Current Market Outlook (CMO). This could result in a major shift to the traditional way of doing business in the industry.

“I think, at this point, Embraer is choosing to compete just below us. The CSeries is trying to take Boeing and Airbus head on, and that is not working too well for them. But I think China and some of those other countries have great potential because of the demand in those markets, and the fact is that I think they will invest over the long term to be successful,” said Boeing’s Vice President of Marketing, Randy Tinseth, speaking at the Merrill Lynch Global Industrials & EU Autos Broker Conference on March 16. “So, we know that new competition is coming. We know that there will be a successful third competitor. I look at [the market and] there is room for us to grow, there is room for Airbus to grow, and there is room for that third competitor.”

Tinseth sees the global need for fleet growth driving a strong aviation ecosystem in 2016, with market growth striking out above that of world economies.

“As we look at 2016 we see a world where economic growth will probably be around 2.7 percent again, but passenger traffic will more than likely grow in excess of 6 percent,” said Tinseth. “That has been helping to drive the top line of our customers in terms of revenue. It has also created a market where our customers have been very successful.”

This uptick in passenger traffic, coupled with lower oil and fuel prices, earned airlines profits an estimated $33 billion in 2015, with U.S. airlines seeing most of that revenue. Moreover, the International Air Transport Association (IATA) has forecasted a 10 percent increase in airline profits for 2016, climbing to $36 billion with more than half of the profit stemming from U.S. carriers.

“The growth that we saw in this market is clearly being stimulated by an ever-growing middle class. It is being stimulated by new business models that are creating themselves or opening up in new markets such as low-cost carriers in Asia, and the success of the sixth freedom carriers in the Middle East,” said Tinseth, referring to Middle Eastern carriers such as Qatar Airways, flydubai and Emirates which are seeing healthy if not blossoming numbers of passenger traffic. “We have also seen above-trend growth in the market because of lower fuel price, which has meant that airlines can go to the market and open up new routes that can be profitable today that weren't profitable in the past.”

He believes the air travel market has seen an additional 1 percent increase as a result of lower oil prices.

According to Tinseth, Boeing projects that about 58 percent of long-term demand for new aircraft will be ordered by airlines to grow fleet size in order to accommodate rising passenger traffic. Airlines will require the remaining 42 percent of new aircraft to replace aging models that are currently in service.

“The biggest growth markets will continue to be in Asia and the developing and emerging economies of the world, while the biggest replacement markets will be in Europe, the United States, and countries such as Australia and Japan,” said Tinseth.

The Boeing executive points out that nearly 700 single-aisle airplanes flying today are more than 25 years old, creating an opportunity for 700 airplanes to be retired, and therefore replaced, in the next few years. This could translate to potentially 200 to 300 retirements per year over the next several years.

“When you look at a single-aisle airplane, about half the airplanes are retired by the time they get to 23 to 25 years old. And that has been relatively constant. When you look at wide-body aircraft, that number is a couple of years earlier than that, somewhere between 21 and 23 years. So what is interesting when we think about retirement, it is not so much the efficiency of the aircraft or the fuel price at the time, it is really about where you are in its lifecycle in terms of the capability of the airplane, where you are in terms of your maintenance cycle, as well as where you are in terms of the interior and having to either refurbish it or not,” Tinseth said.

He anticipates slightly lower numbers from other segments of the aircraft market. Pointing to an estimated 300-widebody aircraft in the global fleet that airlines will be looking to replace in coming years. Meanwhile, cargo operators will need to replace between 200 to 220 large freighters between 2019 and into the middle of that next decade.

To keep pace with growing demand, Boeing delivered 762 aircraft in 2015 and remains on track to deliver slightly lower numbers in 2016, between 740 and 745 aircraft, in an effort to cut back on the company’s backlog of 5,800 aircraft, valued at an estimated $430 billion.

“One of the challenges that we have moving forward has been to make sure that we work very hard to burn down our backlog. That is why our production rates have been going up and that is why they will continue to go up as we move into the future,” Tinseth said, referring to recently announced production increases for the 737 jetliner from its current 42 aircraft per month to 57 airplanes per month in 2019. The company is also expecting to raise its production rates for the 787 from 10 to 12 aircraft per month beginning this summer. 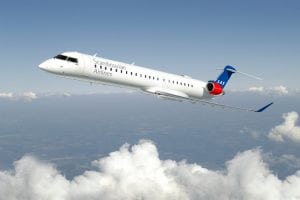 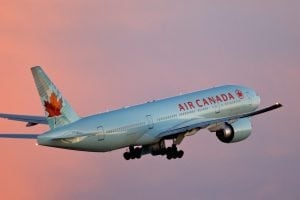