[Avionics Today 02-10-2016] The first A321neo equipped with CFM International LEAP-1A engines completed its maiden flight on Feb.9 from Hamburg, Germany. The flight lasted more than five hours, during which the Airbus team conducted tests to establish engine speed variation (low/high), systems behavior, and to validate the aircraft’s flight envelope. The A321neo will join the NEO flight test fleet and perform a partial flight test program to validate the impact on handling qualities, performance and systems. The first A321neo will be delivered at the end of 2016. 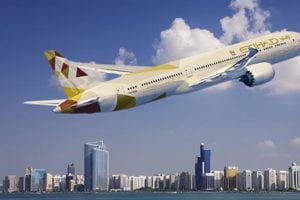