[Avionics Today 01-14-2016] The National Transportation Safety Board (NTSB) has released its 2016 Most Wanted list of transportation safety improvements. Throughout the list, the agency focused on how the use of technology can be increased, reduced or used in different ways than it currently is being used to improve different areas of transportation.

Here are the five items from this year's list that NTSB wants to see improved in aviation. NTSB air accident investigators at the scene of a November 2015 crash of a Hawker 125-700 into an apartment building in Akron, Oh. Photo: NTSB.

Aviation safety investigators for NTSB as well as other agencies and manufacturers extensively use Flight Data Recorders (FDRs) in flight accident investigations to review exactly what happened at what time during what phase of flight to what components or systems on the aircraft. According to Eurocontrol's "Skybrary" aviation technical information source, the International Civil Aviation Organization (ICAO) Annex 6 requires all aircraft with a maximum certificated takeoff weight of more than 12,500 pounds to be equipped with an FDR.

The 2016 Most Wanted List from NTSB goes a step beyond data recording and recommends cockpit image recording.

NTSB has recommended cockpit image recorders several times in past safety recommendations to the FAA, including once in 2000 and in 2015 to prevent future occurrences similar to Malaysia Airlines Flight MH370. Pilot unions have repeatedly opposed these recommendations, arguing that the images or footage could be misused by investigators, prosecutors and media.

2. Prevent Loss of Control in Flight

In 2016 NTSB is also continuing its call for more effort to prevent loss of control in flight accidents by General Aviation (GA) pilots. The agency reported that between 2008 and 104, 47 percent of fixed-wing GA accidents involved pilots losing control of the aircraft that resulted in 1,210 fatalities.

NTSB mentions approach to landing, maneuvering, and initial climb as the most recurring phases for loss-of-control accidents. The agency also specifically notes "pilot inattention due to workload, distractions or complacency, and a lack of understanding how a stall actually relates to exceeding a wing’s critical angle of attack (AOA)" as common causes of loss of control accidents.

NTSB is recommending that the FAA help commercial airlines and air traffic controllers recognize individuals at high-risk of human fatigue. In its recommendation on reducing fatigue-related accidents, the agency cited fatigue as an issue in nearly 20 percent of 182 major investigations completed between Jan. 1, 2001 and Dec. 31, 2012.

NTSB listed disconnecting from "deadly distractions" such as text messaging or surfing the web on a smart phone or tablet as one of its most wanted safety improvements for aviation and all modes of transportation in 2016.

"For decades, aviation has recognized the need for 'sterile cockpit' procedures that restrict activities and conversations to the task at hand. But all modes of transportation need to rise to today’s distraction challenges. That’s why, in December 2012, we called for a driver ban for all PEDs. We have issued similar recommendations for aviation, marine, and rail.

FAA actually already largely addressed this safety concern in April 2014 issuing a final rule prohibiting flight crew me members in Part 121 operations from using a personal wireless communications device such as a laptop or smart phone for personal use while the aircraft is being operated.

NTSB's final aviation related most wanted safety improvement in 2016 is to create a comprehensive medical certification system for safety-critical transportation operators, including pilots. While the agency mentions that the "aviation medical certification system may be the most robust," pilots have also been increasingly testing positive for over the counter sedating medications.

NTSB also specifically recommends that the FAA and other transportation regulatory agencies provide guidance for medical providers that should be used when the provider believes a medical condition would disqualify an individual for duty. Certain provisions within the recommendation are similar to a new rules introduced by the European Aviation Safety Agency (EASA) requiring pilots to be screened for mental illness after accident investigators discovered last year that the pilot responsible for the Germanwings crash was undergoing medical treatment for depression. 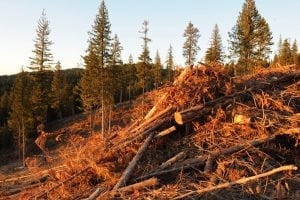 Alaska Airlines, NARA Partner to Advance Use of Biofuels in Aviation