[Avionics Today 12-11-2015] Eurocontrol has announced that 47 new plannable Direct Routes (DCT) came into operation in continental Europe, covering the northwest-southeast axis between the United Kingdom and Hungary. In February 2016, more DCTs will be added to that stretch through the U.K. to the Eastern borders of Ireland.

The new route options stem from an initiative of Functional Airspace Block Europe Central (FABEC), which brought together experts from Austro Control, HungaroControl, Maastricht UAC, and NATS under the auspices of the DFS control center Karlsruhe in summer 2015. The objective of the initiative is to optimize the central European DCT network along the European main traffic flows in close cooperation with the Eurocontrol Network Manager. Today, airspace users can avail themselves of well over 1,000 DCTs in this airspace.

Against this backdrop, the main focus of the experts was twofold: optimizing the existing DCT network along a main traffic flow stretching across several FABs, including FABEC, the U.K.-Ireland FAB and FAB CE; and connecting the DCT network in the dense central European airspace with the Hungarian free route airspace offering new flexible options to the airspace users. The goal is to find pragmatic solutions for the airlines. The focus on a streamlined, implementation-driven organization was successful — and that across several FABs.

Based on Eurocontrol calculations, these new routes will allow airlines to save up to 785 tons of fuel per year and reduce CO2 emissions by 2,616 tons. 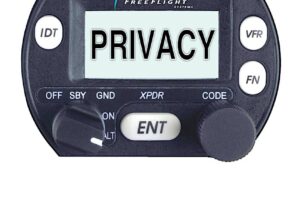