Impact of Mandatory Drone Registration Remains to be Seen

A popular present this holiday season is sure to be a drone. With the growing threat to general aviation and safety in America posed by errant Unmanned Aerial Vehicles (UAVs), the Federal Aviation Administration (FAA) is expected to announce and implement a mandatory drone registration system for all recreational drones by late November 2015.

During a press conference, U.S. Transportation Secretary Anthony Foxx announced, “registering unmanned aircraft will help build a culture of accountability and responsibility, especially with new users who have no experience operating in the U.S. aviation system.” Fox also said the system “will help protect public safety in the air and on the ground.”

As drone sales in the United States are set to skyrocket, with the FAA anticipating nearly 700,000 drones purchases by the end of this year, regulators have gathered to assemble a registration system requiring registration of recreational drones at the point of purchase. Drone sales have increased at least 63 percent over last year and this number is expected to rise in the coming months. As of early November 2015, it is believed that the registration system will record the name of the UAV purchaser and the type of UAV purchased. In addition, it is expected that the system will also place a requirement on all owners of recreational drones — even those who purchased their devices prior to the implementation of mandatory registration — to comply with the new rules. An online portal may also be in the works requiring the drone purchaser to confirm their familiarity with the rules of flying drones in national airspace.

A task force composed of industry leaders and government officials has been charged with coming up with registration rules and procedures. Among its members are representatives from Amazon and Walmart, who hold a vested interest in UAV sales. The group will advise the FAA on the types of drones that should be subject to the registration system. The task force will need to consider whether miniature toy drones, including those that can be held in the palm of one’s hand, should be required to submit to mandatory registration.

The registration system will likely include a serial number or other type of marking affixed to the purchased drone for means of identification. While, in theory, this type of marking makes some sense, the ability to identify an airborne drone from its identification number seems impractical. The number is likely to be small and hard to discern from the ground. In the event of an accident, there is the chance that the number will break apart from the drone itself or be so badly damaged that it would be impossible to read or interpret.

While one of the policy drivers behind the mandatory registration system is accountability, it is unlikely that a bad actor who buys a drone meaning to fly it recklessly or unlawfully will comply with the registration requirements in the first instance. Even if a drone bears a registration number, a bad actor could scratch off or obscure the number prior to launching the drone before engaging in illicit activity. This issue is further complicated by the question as to whether there is a penalty for lack of registration. As we have seen, the lack of enforcement and the light penalties from prior UAV offenses have resulted in widespread uses of drones for commercial purposes without an exemption, in direct violation of the current prohibitions on such use.

The mandatory system for drone registration is poised to change the way recreational drones are purchased and used in American airspace. It will remain to be seen whether this registration has any effect at all on the behavior it seeks to prevent.

Connie A. Lahn is the managing partner of Barnes & Thornburg’s Minneapolis office, and founder and co-chair of the firm’s Unmanned Aerial Vehicle (UAV) Practice Group.

Kenneth D. Suzan is of counsel in Barnes & Thornburg’s Minneapolis office, and is a member of the firm’s Unmanned Aerial Vehicle (UAV)
Practice Group. 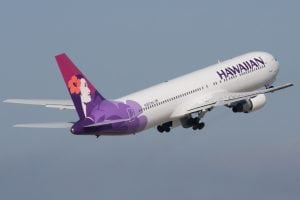