[Avionics Today 10-19-2015] Honeywell has released its third quarter 2015 earnings with a 5 percent uptick in segment profit. The report showed sales for the third quarter were up 2 percent on a core organic basis, and were down 2 percent, reportedly driven by the unfavorable impact of foreign currency and the sale of its Friction Materials business unit to Federal Mogul Corporation for approximately $155 million.

Commercial Original Equipment (OE) sales were up 4 percent on a core organic basis driven by strong Business and General Aviation (BGA) engine shipments. Commercial Aftermarket sales were up 3 percent driven by continued growth in repair and overhaul activities, partially offset by a decline in Retrofit, Modifications, and Upgrades(RMU) sales in BGA. 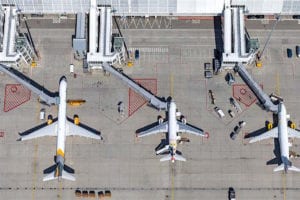