[Avionics Today 10-08-2015] The final days before entry into service for Bombardier’s prized CSeries jetliner may be the final days for the program at all. Airbus and Bombardier both released statements yesterday revealing that the Canadian company had approached the French airframer in an attempt to sell Airbus a majority stake in the CSeries program — a program that Airbus has actively been attempting to drown, according to Richard Aboulafia, vice president of analysis at the Teal Group.

According to the statement released by Bombardier, the “discussions occurred and are no longer being pursued,” but the company will “continue to explore initiatives such as a potential participation in industry consolidation.” While Bombardier notes it is pursuing other funding options, Aboulafia believes this is a last-ditch effort to keep the CSeries program afloat.

“When you try to make a deal with the people who have been trying to kill you, that is fundamentally very worrying,” Aboulafia said.

The CSeries program officially launched in 2008 and was designed to meet the growing needs of the single aisle, 100- to 149-seat commercial aircraft market, currently dominated by the Airbus A320 and the Boeing 737 offerings. Pratt & Whitney PurePower PW1500G engines power the CSeries jetliner, which features an advanced flight deck and promises a significant savings in fuel burn and maintenance costs. The aircraft is currently undergoing flight tests and certification activities and the bulk of development work on the 2,400-flight hour test program has already been completed, putting it on target to secure certification for the CSeries 100 by the end of the year and the CSeries 300 just six months later, analyst Rolland Vincent told Avionics Magazine in a previous interview.

However, the program has struggled to stay the course since its launch with its entry into market slipping from 2013 to 2016, and has failed to secure target number of aircraft orders before its launch next year — booking just 243 of the 300 orders it was pursuing. In comparison, Airbus has already booked orders for 4,100 aircraft for their latest version, the A320neo.

For the past year, it would appear the writing has been on the wall regarding the CSeries program. While battling bouts of market softness, the company announced a “pause” to its Learjet 85 program in January that was likely to loosen up funds — an estimated $1.4 billion — to push the CSeries to market as quickly as possible. The company also brought in new management as well as strategic advisors Plane View Partners in April to conduct an extensive review of Bombardier Commercial Aircraft’s operations with the aim of improving the company’s overall performance. Despite the best efforts of new management, however, Aboulafia believes the program is likely doomed.

“What sort of makes this a bit poignant is that they spent most of the last year doing the right thing. The management team they brought in at the start of this year was in many ways a dream team, especially compared to the folks they had running the show before. The point to which they have come, there is something almost depressing about that because you had the team that came in, perhaps too late, but they did everything right,” Aboulafia told Avionics Magazine.

Despite the delays in the program, Aboulafia notes that it’s not the aircraft that that presents the problem, but likely the company’s attempt to challenge the Airbus-Boeing duopoly on their home turf.

Going forward, Aboulafia notes that there likely isn’t any precedent for other airframers to partner in the program or adopt the design, and that private equity would also be a “tough sell,” considering investors may have to wait a decade to see returns.

“Private equity plays a role in the aerospace business when there is a strong revenue stream from legacy programs and with the CSeries there just isn’t,” Aboulafia said.

While, as of now, the CSeries program is still alive, if the Airbus talks are, indeed, the beginning of the end for the CSeries, then the question becomes: What will Bombardier do next?

“The big question going forward is what’s the logical thing to do? Do you sell everything in the company to save this or do you get rid of this to save the company?”

According to Aboulafia, should Bombardier choose to cancel the program, it may end up saving the billions it would cost to bring it to market on its own.

“They would not have the economic wherewithal on their own to sell it in sufficient numbers and they would take a bath and that would damage the rest of the company even more grievously than it’s been damaged,” he said.

Should the company choose to end the program, Bombardier would still be in the hole several billion, and would likely require “government intervention” to recover, something Aboulafia believes the company would be very likely to receive. 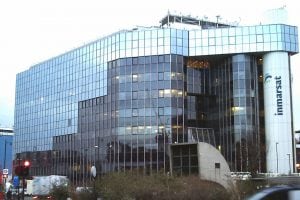