[Avionics Today 10-08-2015] A steep increase in reports of small, unmanned aircraft in close proximity to runways is presenting a new challenge for the FAA. In the light of this new reality, the FAA has entered into an agreement with CACI International to evaluate how the company’s technology can help detect Unmanned Aircraft Systems (UAS) in the vicinity of airports. The CACI partnership is part of the larger UAS Pathfinder Program, a framework for the agency to work closely with industry to explore the next steps in unmanned aircraft operations beyond those proposed in February in the draft small UAS rule.

“The agreement provides a proven way to passively detect, identify, and track UAS — or aerial drones — and their ground-based operators, in order to protect airspace from inadvertent or unlawful misuse of drones near U.S. airports,” said John Mengucci, CACI’s chief operating officer and president of U.S. operations.

Airports selected by the FAA will evaluate CACI’s prototype UAS sensor detection system. The agency and its federal government partners will work with the company to evaluate the effectiveness of the technology, while also ensuring that it does not interfere with the safety and security of normal airport operations. 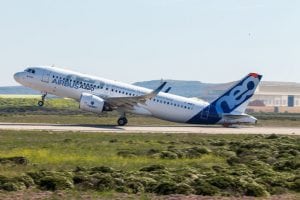