Headquartered at Gwinnett County Airport in Lawrenceville, Ga., ImagineAir operates one of the largest air taxi services in the Eastern United States. The company focuses on using its fleet of Cirrus SR22s to replace 3 to 8 hour drives between cities with general aviation airports. In 2014, ImagineAir merged with Danbury, Conn.-based Kavoo to further expand its operations.

Heading into 2016, ImagineAir CEO Ben Hamilton is focused on further expanding flight operations, while also increasing safety and preparing his aircraft fleet to comply with the FAA’s 2020 ADS-B Out equipage mandate. Avionics Magazine recently caught up with Hamilton to discuss his fleet modernization plans and the process of complying with the ADS-B mandate.

Avionics Magazine: Can you describe the aircraft currently featured in your fleet, how long you have been operating them, and if there have been any avionics modifications or upgrades recently?

Hamilton: Right now we are operating a fleet of Cirrus SR22 aircraft from 2006-2013 model years. We have been operating a fleet of Cirrus aircraft since 2007 when we first started Part 135 operations. The avionics we have upgraded in our fleet are for the Avidyne-equipped aircraft, which we have in our fleet from 2006-2007; we have installed Mode S transponders in those aircraft and that gives us capability for ADS-B Out.

Avionics Magazine: What types of operations do you primarily provide, what types of airports do you frequently fly to, and who are the main customers using your air taxi service?

Hamilton: Our main clientele are business travelers looking to replace a 3 to 8 hour drive — it’s about 30 percent business, and 70 percent personal and leisure travel. We typically fly into the smaller airports that are closer to the destination or location where our customers work and live. There is no one type of customer that fits our service; it’s anyone looking to replace a 3 to 8 hour drive. We fly doctors, lawyers, politicians, CEOs of small businesses — anyone that is replacing that drive.

We are primarily in Atlanta but we do serve more than 900 airports on the East Coast and we will occasionally go to larger airports. We have done many flights out of Atlanta Hartsfield, LaGuardia, Philadelphia International, and Boston Logan. But it’s really about getting the customer closer to where they work or live.

Avionics Magazine: The FAA has mandated ADS-B Out equipage for all aircraft flying in airspace that requires a transponder by Jan. 1, 2020. As it pertains to mandated avionics equipage, how does ImagineAir handle complying with such legislation?

Hamilton: Complying with the ADS-B mandate is not an obstacle for ImagineAir because that is already on our radar screen. Our plan in the next few years is to bring on the new Generation 5 Cirrus SR22 into our fleet, which will be in compliance out of the factory.

The aircraft that we have now that were produced between 2006-2007, obviously installing the Mode S transponder was necessary for that. We will also install extended squitter capability for those transponders, which allows it to output a little more information into the system.

We have upgraded all of the transponders from Mode C to Mode S. Our entire fleet is now equipped with Mode S transponders, which provide aircraft information to the ADS-B in addition to secondary radar information. We wanted to do that well in advance of the mandate so that timing and aircraft downtime never became an issue for us.

Avionics Magazine: Will you look to eventually add ADS-B IN to your aircraft to provide your pilots with increased awareness of nearby aircraft?

Hamilton: Yes. I cannot give you a time frame right now for that but that is something that is on our radar.

The new Cirrus Perspective cockpit will actually display a three-dimensional location of nearby traffic on the Primary Flight Display (PFD). That is a capability that we already have in place that really increases our situational awareness so they can spend more time flying the aircraft and it gives them a better idea of where to look for the traffic when it is called out.

Additionally, our current aircraft are equipped with a Traffic Advisory System (TAS) that displays both proximate traffic (in white) and traffic alerts (in yellow) and along with aural traffic alerts for improved situational awareness for pilots. But, of course, we strive to get more and more precision with that as time goes on. Beyond complying with the 2020 mandate we will look for all of our aircraft to eventually feature ADS-B In capability.

Avionics Magazine: ADS-B In equipped aircraft have access to Flight Information Service Broadcast (FIS-B), what types of benefits can that provide to your pilots?

Hamilton: We do have a flight dispatch service that is all in-house and they use standards that are above and beyond the FAA’s standards in dispatching the flights. Every single flight is released whether its Part 91 repositioning flight or Part 135 passenger leg, every flight has to be released from the company in order for the pilot to get that flight. Adding the ADS-B FIS-B capability can only enhance that.

Avionics Magazine: As part of the NextGen program, the FAA is also redesigning airspace and implementing more Performance-Based Navigation (PBN) procedures. Are your pilots currently flying PBN procedures or is that something they will look to take advantage of in the near future?

Hamilton: We are going to be taking advantage of PBN more as we add newer airframes to our fleet. Right now because we are serving a lot of smaller airports, these don’t have that yet but they will and we want to be the first to take advantage of that because we are the next generation of air travel, that’s what we’re striving for.

Avionics Magazine: In terms of onboard technology, what features of your aircraft help improve flight operational efficiency, fuel burn and safety?

Hamilton: We do have several features on our aircraft that do improve fuel and operational efficiency. One is the onboard engine monitoring technology (both Avidyne and Garmin) that allow our pilots to precisely lean the engine to optimize Exhaust Gas Temperatures (EGTs) and fuel flow. GPS navigation, in combination with satellite uplinked weather, help our pilots save time and fuel by giving them situational awareness to make more optimal in-flight routing decisions over longer distances. 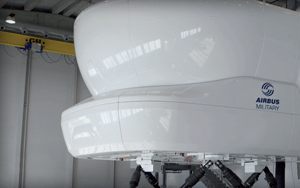 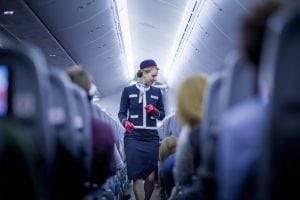