[Avionics Today 09-25-2015] Inmarsat, alongside Airservices Australia, recently proved that Automatic Dependent Surveillance-Contract (ADS-C) technology can satisfy the 15-minute aircraft tracking recommendation set out by the International Civil Aviation Organization (ICAO) during the 2015 High Level Safety Conference in February. While ADS-C — a surveillance technique that uses onboard aircraft systems to automatically provide position, altitude, speed, intent and meteorological data sent in a report to an Air Traffic Service Unit (ATSU) or Airline Operational Center (AOC) ground system for surveillance and route conformance monitoring — has been used to track aircraft operating in oceanic airspace for 20 years, the trial aimed to prove that the existing system, alongside Future Navigation Systems (FANS-1/A), could be used to satisfy the upcoming standards without causing congestion or skyrocketing costs for airlines.

“The primary goal of the trial was to evaluate the use of ADS-C and the other associated data that is contained in the message using existing systems in existing space-based and ground infrastructure to validate that these existing systems could provide flight tracking to aircraft flying in oceanic airspace that would be consistent with the recommendations that came out of ICAO earlier in the year,” Mary McMillian, vice president of Inmarsat’s safety and operational services division, told Avionics Magazine.

The first phase of the trial launched in January with Qantas and Virgin Australia wide-body aircraft operating in oceanic airspace east of Australia in the Brisbane Flight Information Region (FIR), according to a performance report Inmarsat has published in regards to the trial. The two airlines used the existing communications systems on board their aircraft.

According to the report, during the first phase, which ran from the end of January until the end of May, the data and satellite communications analysis showed “negligible (if any) increase in aggregate ADS-C message rate and no degradation of the data or [satellite communications] satcom performance.” Both ADS-C messaging and Controller Pilot Data Link Communications (CPDLC) were within expected daily and monthly expectations despite the increased reporting.

“One of the other issues that we wanted to assess using this equipment and process was what the relative cost might be. Satcom is perceived as being expensive so one of the objectives for the airlines that were involved was to demonstrate that ADS-C tracking could be achieved without a real significant increase in cost,” McMillian said.

In this aspect, the trial also found that increasing to 14-minute ADS-C reporting intervals allowed airlines to comply with Global Flight Tracking (GFT) recommendations for 91.9 percent of passenger hours flying oceanic to and from Australia with little if any increase in data communication costs .

The trial also went on to deliver further benefits to airspace, however, as the Air Navigation Service Provider (ANSP) opted to trial a 14-minute reporting standard as opposed to a 15-minute frequency, as laid out in the ICAO recommendations.

“Aviation regulators (ICAO and states) specify very accurate requirements to ensure that aircraft are separated from each other. The requirements include such things as accurate position reports via surveillance and guaranteed communication,” explained McMillian. “The most efficient separation distance in oceanic airspace today is 30 miles to either side and 30 miles in front and behind from any other craft. In order to maintain this most efficient separation ATC must receive an aircraft position report every 14 minutes. The 14-minute rate ensures the air traffic controller knows accurately where the aircraft is so that ATC can assure that he or she keeps other aircraft outside the 30-30 area.”

By doing this, McMillian says that ANSPs, Air Traffic Controllers (ATCs) and airlines can make better use of airspace by allowing more aircraft to operate at their preferred and most efficient altitude.

“Aircraft that wish to climb to a higher altitude in the past may be blocked by other aircraft at intermediate heights and would sometimes have to wait until ATC could achieve the required separation such as 50 or 100 miles and now they have the additional tool of 30 miles that means airlines have much greater flexibility and from that fuel efficiency and reduced environmental impact,” McMillian added. In this way, by increasing the ADS-C reporting rate to 14 minutes, the organizations conducting the trial were able to introduce a more efficient service.

“The fact that ANSPs and airlines who operate in their airspace have now adopted this procedure permanently is by far the strongest validation of the trial,” McMillian said.

“The reporting will hopefully go to a 10-minute interval as opposed to 14,” said McMillian, noting that the company is currently working with aviation authorities to assess what the effect might be on the data processing units, air traffic control and the overall impact on Inmarsat’s network, as it will require moving more messages back and forth from the satellite to the ground stations via a fiber optic line to the facilities.

The trials are currently in their third phase, having been expanded to the Brisbane, Honiara, and Nauru FIRs.

“What this trial proves is that essentially this is a non-issue for most of the world’s global airlines who, through the application of the 14-minute reporting requirements, are defacto complying with the global flight tracking system and the ICAO requirements plus benefiting from more efficient operations,” said McMillian. 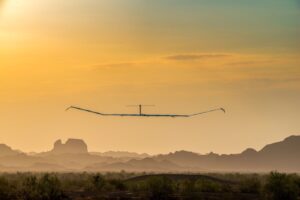 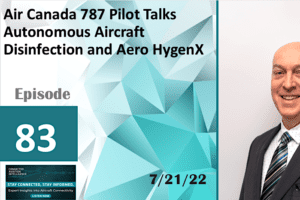