As interest in Unmanned Aerial Vehicles (UAV) rises rapidly in Europe, Mike Lissone, RPAS ATM integration program manager for Eurocontrol, noted that attendees and presenters at the workshop looked to focus on technical and regulatory issues, such as sense and avoid, that need to be tackled just as rapidly. Lissone told Avionics Magazine that he likes to draw attention to some of the elements of future RPAS integration that will “come around the corner to haunt us.”

“These are mostly low-level operations and the rules of the air, because that’s the foundation and the basis of how we conduct our manned operations. At the moment, I think with the revolution that’s ongoing — not an evolution, but a revolution — with unmanned aircraft and all the efforts that are trying to integrate them, it’s time to have a very close look at these foundations for manned aviation that have always been perceived as being safe.”

Lissone believes that the ability for pilots to identify hazards or other aircraft is lacking, specifically when it comes to flights operating under Visual Flight Rules (VFR),. In these circumstances, a pilot’s ability to detect other hazards is “extremely poor, yet we are trying to quantify the capabilities of humans into a technical solution,” he added, indicating that setting sense-and-avoid standards at human capabilities is ultimately setting a low bar.

With the addition of RPAS into airspace, which are so small they are almost undetectable by manned aviation, the issue of the pilot’s ability to detect and avoid unmanned systems is bound to present a problem as more and more RPAS are introduced. “We really have to take a close look on how we’re going to develop these issues in the air,” said Lissone.

Although the problem is with human detection, the solution isn’t as simple as introducing more autonomous detect-and-avoid systems to both manned and unmanned aircraft.

“Autonomy is kind of a dirty word because they only want to have the pilot in or on the loop, which is understandable,” said Lissone. “But the developments in the RPAS community market, and also from a business-case perspective, is asking and demanding more autonomy on that side.”

With more than 20 million RPAS sold, and 1.2 million working commercially across the globe, according to the manufacturers, it’s important to begin seeing solutions for integration emerge. Automatic Dependent Surveillance-Broadcast (ADS-B) could open a window to some of these integration issues.

“It would be very easy to provide all manned and unmanned aircraft with a transponder and then define a system where RPAS will remain clear of all traffic, as we will know where they are based on the transponder,” Lissone outlined. It’s not as simple as equipping each aircraft with ADS-B, however. As of now, the surveillance infrastructure is only capable of accommodating manned aircraft, and introducing hundreds of thousands of UAVs would present challenges to the existing communications and surveillance infrastructure.

“Giving a transponder to all RPAS is something, at least for Europe, that is no longer feasible because our [Communication, Navigation and Surveillance] CNS infrastructure is not that new and our frequencies like 10-90 and [Universal Access Transceiver] UAT in the U.S. are simply not designed to handle that amount of interrogations and answers,” said Lissone.

Despite issues that still exist with UAS integration, Lissone notes that the European organizations are working closely with the FAA, NASA and others to encourage global solutions. For this reason, he is bullish on the technical aspect, but less so from a regulatory angle.

Currently, Europe can accommodate certain levels of RPAS integration, such as that from specific civil and military operators in which the unmanned aircraft can fly under certain conditions or by increasing separation standards with manned aviation. As RPAS numbers in airspace increase, however, this will have a negative impact on manned aviation, according to Lissone. Still, with the regulatory bodies working together and workshops in place to keep operators up to speed, Lissone sees successful RPAS integration as soon as 2022, as long as the aviation industry takes the time to lay out the roadmap going forward.

“We have the markers set for manned aviation with free routes and 4-D trajectories and things like that, but nobody has set a marker for the next 30 years for RPAS,” said Lissone. “A lot people have issues with privacy, at least in the U.S., and there are other issues in Europe. But we need to set the marker from a community perspective, what do we want RPAS to do and what role can they play in our day to day lives? If we don’t set a marker for that in the future, then the only thing we are doing is mechanically trying to resolve the obstacles so they can fly in controlled airspace and not having a clue what’s going to happen with it.” 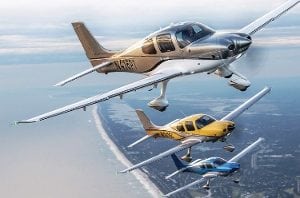 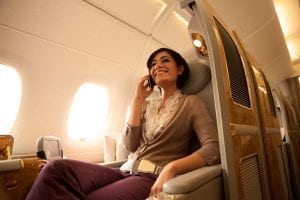