[Avionics Today 05-12-2015] The first ever PC-24 Super Versatile Jet took off on its maiden flight yesterday, May 11, from Buochs airport in Switzerland. The prototype aircraft flew across central Switzerland for a total of 55 minutes, with Pilatus test pilots reporting that the first Swiss business jet performed exactly as planned during flight.

The twin-engine business jet took off from the runway in just under 600 meters and climbed to 10,000 feet (approx. 3000 meters) in around three minutes where the two test pilots completed a series of planned tests. Throughout the flight the PC-24 was accompanied and monitored by a PC-21.

Going forward, a total of three PC-24 prototypes will be built and used to complete a flight testing program of an estimated 2,300 hours over the next two years. Certification and initial deliveries of the first aircraft to come off the production line are planned from 2017. 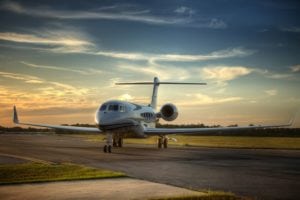