“Excluding the impact of foreign currency, sales were largely flat with last year. However, operating margin increased 40 basis points and gross margin was an all-time record. Due to continued operating discipline and cost reductions, [Generally Accepted Accounting Principles] GAAP earnings per share were flat despite lower revenue and last year’s tax benefits of $0.06 per share,” said Robert Mehrabian, chairman, president and CEO at Teledyne. “A strong U.S. dollar and an expected decline in certain energy markets affected revenue. However, in the fraction of our business related to offshore energy production, we reported record sales in the first quarter, and backlog was resilient given healthy orders and market share gains. Sales of environmental instrumentation and commercial avionics also grew nicely from last year, offsetting some timing-related declines in our government businesses. While we are confident we will achieve sequential improvements in earnings this year, we have modestly adjusted our prior full-year outlook by $0.11 per share. Finally, our acquisition pipeline remains healthy, which should allow us to generate additional growth in our core businesses.” 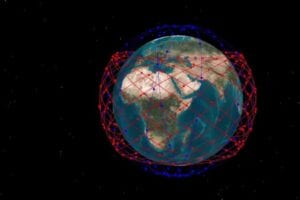 Nelco to Use Telesat LEO to Provide Satellite Connectivity in India