[Avionics Today 04-28-2015] Textron has reported an impressive start to 2015, with first quarter revenues at $3.1 billion, up 7.9 percent from the same period of 2014. While aviation profits were up, other segments of the company are seeing some drops in revenue.

“Revenues at Textron Aviation and Industrial were up during the quarter, while revenues at Bell and Textron Systems were down, as we expected,” said Textron Chairman and CEO Scott C. Donnelly. “While we expected military deliveries would be down at Bell this year, the medium segment of the commercial helicopter market remains soft. As a result, we are adjusting production levels and taking additional cost actions to allow Bell to perform within its targeted 2015 segment margin range of 11 to 12 percent.”

Going forward, the company expects that the net impact of the Bell cost actions and lower commercial revenues on Textron’s expected 2015 earnings and cash flow will be offset by stronger results at Textron Aviation and Industrial. 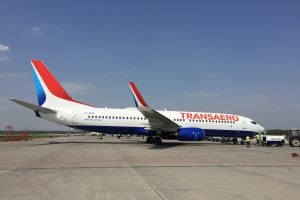