There are plenty of reasons for an airline to keep its aircraft as up to date as possible. “A modernized fleet offers superior economics, technological advancements, reduced emissions, and improved customer experience,” says Tim Leonard, director of compliance and flight operations at Southwest Airlines where, he says, upgrading the fleet remains one of the airlines main strategic initiatives as well as one of its top capital expenditures.

But updating can be costly and, while airlines choose to move to new aircraft and technologies for various reasons, including complying with mandates, increasing safety and equipping for new amenities, such as connectivity, there’s a good amount of push and pull when deciding where to contribute capital.

Avionics Magazine speaks to key influencers at major airlines around the world to peek into where they’re investing and where they’re keeping their pocketbooks closed.

“Retrofitting is an extremely expensive endeavor,” says Michael Kaye, chief commercial officer of low-cost airline Germanwings, who finds that it’s getting more and more difficult to maintain an aging fleet. “In a lot of areas of the aircraft, the newer products that are being offered are being offered for the new aircraft rather than the older ones.” This means that old aircraft have a harder time retrofitting effectively.

Germanwings currently has a fleet of 60 aircraft at various places in their life cycles, most of which are Airbus A320s, with an additional two on the way, many of which it has purchased from its parent company Lufthansa.

But when operating a low-cost airline like Germanwings, going all in on a new fleet often isn’t an option if you want to keep the economics right. In this way, Kaye likens upgrading to new aircraft to switching to LED bulbs: In the long run it’s beneficial both economically and environmentally to spend the capital to buy the new version, but it’s expensive up front, so first you have to let the old bulbs burn out.

“I think it makes sense to use the aircraft you have to the end of their useful life before you make the switch,” says Kaye.

Fleet renewal is an important part of any airline’s purchasing power, however, and for American Airlines, which has recently absorbed U.S. Airways, the decision to upgrade to new aircraft is a continuous one.

“It’s a constant review,” says Dennis Zvacek, senior manager of avionics engineering at American Airlines. “[We look] at our strategic fleet plans, and the age and maintenance costs of the fleet.” Currently, the airline is retiring its MD-80 and 757 fleets, which are being replaced by Airbus A319s, A321s and Boeing 737-800 aircraft. “It’s narrow body for narrow body,” says Zvacek.

The wide-body fleet is also seeing some fresh aircraft on the runway, as Boeing’s 787 Dreamliners are being brought in to replace the outdated 757 and 767.

“It’s a general rolling fleet renewal,” says Zvacek. “Right now, American has the youngest fleet out of the major U.S. airlines by several years and it’s going to continue to get younger over the next year or two as we continue to retire older airplanes and bring in new ones.” Despite the claim that American has the youngest U.S. fleet, Zvacek says this wasn’t by design and that the airline isn’t retiring aircraft more quickly in order to switch to more fuel-efficient aircraft with enhanced operations.

Emirates, however, has a flashier customer base and along with it comes a much different policy on retrofitting aircraft. “Emirates’ policy is to buy new aircraft with the latest equipment onboard,” said Alan Stealey, divisional senior vice president of flight operations at Emirates, noting that the airline most likely has one of the youngest fleets in the world. “We choose to replace older aircraft rather than carrying out retrofits on them.” Emirates says that its fleet is equipped with the latest avionics and communications equipment available, making it effectively up to date on almost all mandates.

But even the newest fleet has its own set of challenges. “Technology is moving so quickly and airlines want to install all the latest equipment on the flight deck,” says Stealey. “The main challenge is that of reducing the time to get all these new technologies certified by the relevant authorities.”

With the U.S. FAA’s NextGen and Europe’s Single European Sky ATM Research (SESAR) mandates fast approaching, airlines often have no choice but to equip with upgraded tracking, communications and data link technologies, among others, in the cockpit to keep in compliance. But it’s how these companies choose to invest, as well as how they offer time and resources to help develop, trial and bring next generation tech to term, what can often make all the difference when looking for a return on their mandatory investment.

In 2007, Southwest, for example, shelled out $175 million in order to position itself to equip for Required Navigation Performance (RNP) operations as well as the pilot and dispatcher training necessary to successfully run the operations. The airline is not only making the monetary investment, but also actively engaging with the industry and regulators as standards are formed and technologies are ironed out with the believe it will help cement its investment.

“Southwest Airlines has fully embraced NextGen, not only from an equipment perspective but also as an active industry participant in the Metroplex process, site development of RNP approach designs, rulemaking in support of broad adoption of performance-based navigation, and in the development of the Concept of Operations for the Core NextGen Concepts,” says Leonard. The airline is actively engaged in the Harris DCIS program in support of equipment that will enable its participation in early trials of data-link communications.

Alongside other initiatives, Leonard says the Tampa, Fla.-based air carrier is looking to equip for the upcoming 2020 ADS-B mandate. However, even when the airline is aiming to make the investment, it can only move so fast as technology as allow.

“Operators are currently dependent upon avionics equipment manufacturers to deliver key equipment needed for mandated upgrades. With a limited time and available mod space, the airlines find themselves challenged to meet the January 2020 ADS-B Out mandate,” says Leonard.

While the best way to monetize connectivity in the cabin is still up in the air, airlines are equipping as the Internet becomes a commodity necessary to stay competitive.

Aeromexico, for example, will be receiving four Wi-Fi-equipped Boeing 787s by year’s end and is installing Gogo’s 2Ku satellite-based connectivity solution on its 737-800 fleet. Southwest is also interested in equipping for connectivity, but not just for the cabin — the airline is looking at ways to enhance cockpit operations using the Internet.

Still, everyone is waiting with baited breath to see where and when connectivity will offer the futuristic solutions we’re all expecting.

“Everybody is using connectivity but they are using it in a conventional way. It hasn’t gone the way it could go; I would like it to become more seamless,” says Kaye. “I would like the captain to have access to information in real time. I think there is a lot to be done with e-logbooks and connectivity will lend itself to new things that we haven’t done before.”

NextGen tech can bring effective solutions to airlines even if the technology isn’t mandated, however. Aeromexico, for example, is upping the radar systems on some of its aircraft to improve operations and enhance safety. “We will be upgrading the Boeing 777 Weather Radar System to provide our crews with an accurate and consistent display of weather forecast, including advanced threat detection and analysis,” says Nakamura Savoy, senior vice president of engineering, planning and technical services at Aeromexico. “This will improve our ability to avoid areas of high altitude ice crystals, which cause damage to the engines as well as allow us to fly optimal routes with corresponding fuel savings.”

Germanwings is also looking to capitalize on airspace modernization enhancements in order to increase the profitability of their fleet.

“One of the avionics updates where we planned to improve fuel efficiency was the [Controller–Pilot Data Link Communications] CPDLC modification,” says Gerrit Neubauer, a systems engineer and maintenance safety officer at Germanwings. “With implementation and activation, a more efficient flight plan was expected.” Unfortunately, with the mandate postponed until 2020, the airline won’t be able to use this network until the architecture is activated in five years. Germanwings is also looking into enabling tablet-based Electronic Flight Bags (EFB) in combination with a satellite connection to achieve life functions regarding flight planning and operations.

Essentially, however, every airline is looking to monetize its aircraft as effectively as possible. 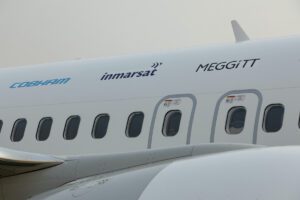