[Avionics Today 3-19-2015] European Aviation Safety Agency (EASA) regulatory officials have issued  proposals for a more efficient and flexible way of managing aviation safety oversight in Europe. The agency's proposals are the result of more than six months of discussions with industry groups and stakeholders about its current policy structure. EASA's future regulatory framework would provide more streamlined certification rules for General Aviation aircraft such as the Cirrus Vision SF50 pictured here. Photo: Cirrus.
EASA's legal powers are derived from its "Basic Regulation," No. 216/2008, which was first enacted by the European Commission (EC) in 2002. It gave the agency a limited role in overseeing aviation regulation for aircraft flying throughout the Eurozone. After consulting with aviation groups and stakeholders, the agency is proposing an update to its Basic Regulation to establish a better process for responding to "changes in the aviation environment and subsequent challenges to its safety," the agency said.
The proposals for the changes, presented as the “EASA Opinion” come following the agency's recently proposed regulations for commercial Unmanned Aircraft Systems (UAS) operations, which was listed as one of the focus areas for EASA oversight going forward. The agency is proposing the most significant changes within the following areas: General Aviation (GA), aviation security, airport ground handling service providers, consolidation of its role in the implementation of the Single European Sky project, and aviation industry research coordination.
"The Opinion is based on a variety of established, high-level policies and technical deliberations that took place over the last years and identified current issues and possible areas for improvement. Recent accidents underline the need to further strengthen the EU aviation safety system," the agency said.
Among the series of proposals is also calling for increased delegation within European individual states, and a push for changes designed to provide less fragmentation than is currently permitted. The agency is also proposing a policy where the civil aviation authorities responsible for oversight within European states could delegate some of their oversight functions to other authorities or to EASA when they lack resources or expertise.
Greg Bowles, director of European regulatory affairs and engineering for the General Aviation Manufacturers Association (GAMA), told Avionics Magazine that the changes to oversight of GA aircraft and product certification will be a huge help for the GA industry.
"EASA, when they were originally formed, most of their rules were established around the commercial airline environment, not really in a way that separates aviation into the different segments that exist," he said. "They're now going back and fixing some of those decisions so that the general sets of rules can be applied to everybody. They're trying to be more specific and do smarter regulation by segment."
GAMA is most supportive of EASA's focus revising its certification process toward proportionate, risk-based regulation that provides a better separation between the different classes of aircraft and the types of operations they're used for.
"We thought that some of the definitions that are used have been limiting to GA. The two that we highlighted were the complex aircraft definition and the commercial aircraft definition," said Bowles. "EASA has really one type of commercial; if you're classified as commercial, you're essentially today assumed to be a scheduled airliner. Not everybody that does commercial operations is a commercial airline. There's truing schools all the way up to charter operators. Even corporate business jets are classified as the same type of commercial as the airliners. We figured it would be smart to review that. There are a lot of interesting rules written to address airliner problems that aren't exactly the same in the business aviation world. It is important that we have this consideration for change." 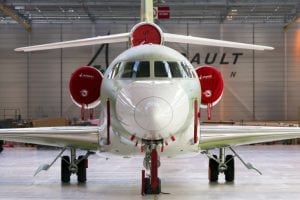 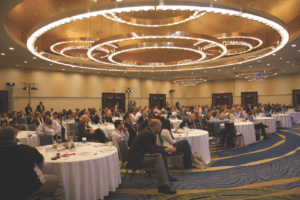 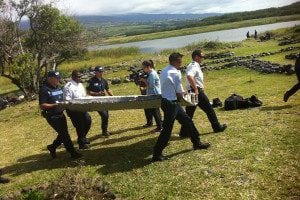