[Avionics Today 03-05-2015] Airbus Helicopters’ unveiling of its H160 at Heli Expo 2015 this week launched a new era in rotorcraft technology and performance for the French airframe manufacturer. The announcement also marked the culmination of three years of close collaboration between Airbus and Esterline CMC in building the Helionix structured avionics package to power the new X4.

Airbus first incorporated the Helionix concept on the EC175 and EC145 T2 when its rotorcraft division was still operating under the name Eurocopter. Airbus Helicopters President and CEO Guillame Faury described Helionix as "the first avionics designed by an [Original Equipment Manufacturer] OEM, by a helicopter manufacturer for specific helicopter operations," during the unveiling of the H160 on the first day of Heli Expo 2015 in Orlando, Fla.

"It’s really a suite, but it’s federated from multiple sources, with our FMS and GPS at the core of its navigational capabilities," said Sabanekh, who served as Esterline's lead engineer on the FMS project that ended up in the H160. "Their Helionix was updated in parallel with our software‎; every time we find a kink, we fix it. It made life easy instead of trying to design something to fit within what already existed."

Similar to the cockpit of the EC175, the H160's flight deck features four 6-by-8-inch displays with cursor control devices and an optional touchscreen feature for the mission display. One major difference between the H160 and the EC175 is the placement of the engine controls on the overhead panel.

According to Sabanekh, the focus of the collaboration between the OEM and the avionics supplier was to reduce pilot workload and increase automation, especially in the landing and approach phases of flight. Esterline's CMA-9000 FMS provides flight management, multi-sensor navigation and radio management, helping to reduce pilot workload during mission-critical applications such as Search and Rescue (SAR) and offshore oil flight operations.

"Once an approach is selected, all phases of flight are automatically managed for the pilot, so no changes need to happen, they can see in advance what's coming down the pipeline on the Helionix displays and the autopilot will adapt to the phase of flight changes based on FMS commands," said Sabanekh. "That capability is due to the very tight collaboration that occurred during development between [Esterline] CMC, Airbus and their test pilots."

"One of the key features of software on the flight management system is that the CMA-9000 is one of the only FMS on the market for helicopters right now that has certification for both [Technical Standard Order] TSO 115C, which is the latest TSO for RNP [Required Navigational Performance] and TSO 146C,‎" said Sabanekh. "What we've also added here is SBAS-based VNAV and barometric VNAV so we're one of the few that offer both. So, in areas of the world that do not have SBAS coverage we will enable that switch to barometric VNAV and still give you vertical guidance down to the landing threshold."

Airbus Helicopters is planning for the first flight of the H160 to occur this year, and will begin taking orders in 2016. The H160 is scheduled to enter into service in 2018. 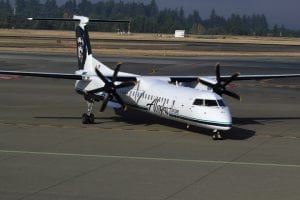