[Avionics Today 02-10-2015] Some crowding airports are turning to Lockheed Martin’s WindTracer Light Detection and Ranging (LIDAR) system to help reduce aircraft separations. The LIDAR system measures the strength and behavior of wind vortices caused by arriving and departing aircraft, data that can then be analyzed by participating airports to increase traffic and throughput at rates of up to 30 percent, according to Michael Margulis, director of WindTracer Programs at Lockheed Martin.

“Wakes are sideways vortices that come off the tips of aircraft wings when they land and take off,” Margulis told Avionics Magazine, noting that the system was first used by the FAA and its sister organization, Volpe, more than a decade ago for the purpose of collecting data surrounding wake vortices and reducing the vast and cautious separation minimums set up by the U.S. civil aviation regulator and others, such as Eurocontrol and the International Civil Aviation Organization (ICAO). “By measuring wake information with WindTracer they were able to build a statistical database of how fast these wakes circulate,” he added.

Through gauging the circulation strength of wind vortices and how long the circulation continues for over a certain level, the FAA used the information to determine how long the wakes remained at a dangerous level. The LIDAR can also determine the wakes’ positions, how high they are above the runway or if they get blown to the side by a crosswind.

“By measuring the positions of the wakes, vertically and laterally, and also by measuring how long the wakes last in terms of circulating quickly over the course of hundreds of thousands of takeoffs and landings at various airports with various aircraft type and various airport configurations, they were able to determine the worst case: how long the wake could move and still be dangerous; how long they would last and still be dangerous,” explained Margulis. “And from that they were able to build a statistical database that, then, they can use to create a safety case to more tightly space aircraft than they were very conservatively doing before.”

Today, individual airports are using the system in a more focused manner to build a database that will allow operators to reduce aircraft separation minimums in respect to the airport’s personal limitations. The system has been deployed in cities such as New York, Hong Kong, Fresno, Houston and, most recently, at Dubai International Airport. The Middle Eastern airport is seeing rapid growth in air traffic and is making use the LIDAR system with the hopes of increasing the amount of aircraft in airspace without having to expand infrastructure in its limited ground space.

“Dubai has the fastest growing air traffic of any airport in the world and they are operating at capacity 11 or 12 hours of the day right now. They would like to expand their operations, but Dubai operational airport has only two runways placed right in the middle of the city of Dubai, so there’s really no where to build a third runway,” Margulis said. “They are very keen to be able to get more aircraft in and out of their airport without necessarily building a new runway.”

For this reason, Dubai, with the help of Bayanat Airports Engineering & Supplies, has implemented three WindTracers with the goal of collecting data faster thus building a better database of information quicker. The first two systems were implemented in 2013 with the third added in 2014 and, having collected more than 80,000 wakes as of October 2014, the airport is in the process of building a safety case. By late 2015 or early 2016, the airport should be able to calculate and begin implementing a system to squeeze the most aircraft, safely, into the surrounding controlled airspace.

Even with the three systems in place, however, it will likely take years before Dubai sees results from the data the technology is collecting, but the engineers behind the program are hoping to evolve the system further to offer real-time separation benefits.

“The goal of the industry in the long term is to do what is called time-based separation. In time-based separation, you measure cross winds and atmospheric conditions in real time at the airport and then you have, essentially, a lookup table that you created depending on your understanding of wakes, and that will increase airport efficiency even more than what is being done now,” said Margulis. “It’s the future of dealing with wakes in terms of air traffic control.” 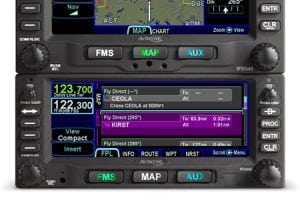