[Avionics Today 01-27-2015] The FAA has granted two further exemptions for expanded commercial use of Unmanned Aircraft Systems (UAS) operations, bringing the total to 16 grants. The agency gave new exemptions to AeroCine for aerial cinematography, and to Burnz Eye View for aerial photography and inspections.

In granting the exemptions, the FAA noted that it considered the planned operating environments and required certain conditions and limitations to assure the safe operation of these UAS in the National Airspace System (NAS). For example, the agency requires both a pilot and observer during operation, the pilot must have at least an FAA Private Pilot certificate and a current medical certificate, and the UAS must remain within line of sight at all times.

This announcement comes just days after settling the fine in the Huerta v. Pirker court case for an estimated $1,100 penalty to Raphael Pirker, who was originally fined $10,000 by the FAA for using a RiteWing Zephyr II aircraft to film promotional videos for the University of Virginia Medical Center. The case affirmed the FAA’s complete jurisdiction over civil UAS use, although the agency still refuses to commit to a firm timeline in releasing a draft of regulations regarding small UAS integration into airspace. 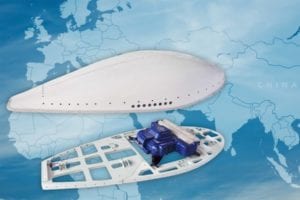 Q&A: AMC And The Evolution of Avionics Maintenance