[Avionics Today 01-16-2015] A coalition of 10 news media companies have partnered with Virginia Polytechnic Institute and State University (Virginia Tech) to test small Unmanned Aircraft Systems (UAS) to gather news. Virginia Tech houses one of six test sites established by Congress to collect data on the use of UAS to form regulations and integrate UAS into the National Airspace System (NAS) in conjunction with the FAA.

The partnership between the news media coalition and Virginia Tech is designed to conduct controlled safety testing of a series of real-life scenarios where the media could use small UAS technology to gather information in journalistic pursuits. The coalition participating in the testing is formed by: Advance Publications; A.H. Belo; The Associated Press; Gannett Co.; Getty Images (U.S.); NBCUniversal; The New York Times Company; The E.W. Scripps Company; Sinclair Broadcast Group; and The Washington Post. The coalition has been working through the law firm of Holland & Knight LLP to develop the testing protocols with Virginia Tech since mid-2014.

"Virginia Tech sees this collaboration as a key to groundbreaking research to use UAS for the news and broadcasting industry on a routine basis. UAS can provide this industry a safe, efficient, timely and affordable way to gather and disseminate information and keep journalists out of harm's way,” said Rose Mooney, executive director of the Virginia Tech Mid-Atlantic Aviation Partnership, headquartered at the university's Institute of Critical Technology and Applied Science. 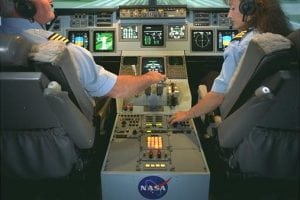