[Avionics Today 12-29-2014] Sensurion Aerospace became the first manufacturer to receive a Special Airworthiness Certificate (SAC) from the FAA under its new procedures, which designate authority to the test range for SAC review and guidance. With the issuance of this FAA certification, Sensurion's Magpie MP-1 Unmanned Aircraft System (UAS) is now authorized to fly in the Nevada UAS Test Range, which is part of the United States National Airspace System (NAS). In addition, the FAA issued Certificates of Authorization (COA) for Magpie MPÃ¢â¬Â1 to operate in Nevada UAS test range airspace.

The MinnesotaÃ¢â¬Âheadquartered company completed a successful test flight of the newly-certified MAGPIE in Boulder City earlier this month and is proceeding with critical 333 exemptions to authorize civil use of the Magpie in oil and gas exploration missions, critical infrastructure monitoring, atmospherics and gas sensing and flight training.

"This is an important step forward for the unmanned aircraft industry, and for aviation innovation in Nevada. Sensurion Aerospace is proud to have our Magpie MP-1 initiate operations here in the Nevada UAS Test Range, and to be among the first to carry an FAA 'N number' registration. We look forward to using the Nevada test range extensively in our development of the Magpie and other unmanned aircraft," said Sensurion CEO Joe Burns. 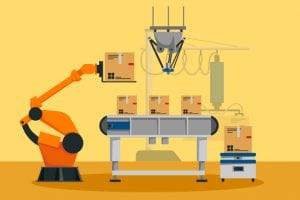 Coming Off the Production Line: Is Your Aircraft’s GPS Receiver Accurate Enough for ADS-B?