[Avionics Today 12-8-2014] Bristow Helicopters is adding broadband connectivity to its fleet of Search and Rescue (SAR) S-92 helicopters. The rotorcraft operator has a new agreement with Iridium to use its speedy OpenPort broadband service via the Thales LiveAero system. First S-92 helicopter delivered to Bristow Group Inc. on Sept 8, 2014, for search-and-rescue service in the United Kingdom. Photo: Sikorsky Aircraft Corp.
"Bristow has had Iridium connectivity in all commercial aircraft for over six years, as a Bristow standard, to track all of our aircraft for flight following purposes," Samantha Willenbacher, director of the U.K. SAR division at Bristow, told Avionics Magazine. "Our Gap SAR aircraft, operating on behalf of the Maritime and Coastguard Agency, at Stornoway and Sumburgh have satellite connectivity for flight tracking and satellite telephone communications. The U.K. SAR contract requires Bristow to transmit medical data off aircraft and the LiveAero-Iridium connectivity will enable this — this was not a requirement of the Gap SAR contract."
Willenbacher said the OpenPort broadband service will allow Bristow's technical crew to have real time connectivity to a hospital trauma center, allowing them to provide better support services for the individuals that they rescue. Compared to the majority of its competitors, which feature geostationary satellite networks, Iridium has a constellation of 66 Low-Earth Orbit (LEO) satellites constantly orbiting the planet at more than 15,000 mph. That allows them to switch signals based on the position of the aircraft, rather than the position of the satellite. This also helps to combat the signal disruption caused by the spinning rotor blades on airborne helicopters, Brian Pemberton, executive director for aviation and maritime at Iridium, said during an interview with Avionics Magazine.
"When the helicopter is in operation, the rotor blade is spinning and those blades can greatly diminish the signal strength of any antenna signal trying to pass through them; they’re moving so fast they almost look like a continuous wall to the satellite connection," Pemberton added. "With the Iridium system, because our satellites are moving so quickly and there are so many of them, its very rare that the signal gets to an elevation angle that to talk to a satellite you actually have to try to talk through the rotors operating. The vast majority of the time, the connection between the satellite and the antenna itself would be below where the rotors are. So it gives us a very robust performance, very consistent performance regardless of the motion of the aircraft in just about all cases."
Bristow fleet of connected helicopters will be deployed to support SAR services across the U.K. and around the coastline as part of its contract with the Maritime and Coastguard Agency. By the summer of 2017, the company is looking to expand its SAR operations to more than 10 different helicopter bases across the United Kingdom, including Humberside, Inverness, Caernarfon, Kent, St. Athan, Prestwick, Newquay, Lee-on-Solent, Sumburgh, and Stornoway, according to Willenbacher.
Pemberton said the Bristow contract is just the latest example of his company's expansion of satellite connectivity across the global rotorcraft market and all segments of the aviation industry, where they now have more than 40,000 subscribers. Interest in connectivity from the rotorcraft market first began to increase following Hurricane Katrina, when helicopter operators were trying to get to damaged sections of Louisiana and surrounding areas, but found themselves with no Very-High Frequency (VHF) communications due to the damaged infrastructure, Pemberton said.
Initially, interest in the market began with operators looking to use satellite connectivity for proactive flight tracking. Now those applications are increasing to the point that Iridium sees the heavy rotorcraft segment providing an addressable market of more than 10,000 aircraft globally within the next five to 10 years.

"This is the first adoption of OpenPort in the rotorcraft market. We see this as setting a new standard for what is though of as far as helicopter communications," said Pemberton. "This really is the forefront of potentially revolutionizing connectivity in the rotorcraft market. We’re very enthusiastic about the types of possibilities and new applications that this will enable not just here in 2014 and 2015 but for many years to come."

Is the US Commercial Industry Running Out of Mechanics? 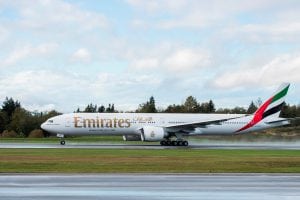 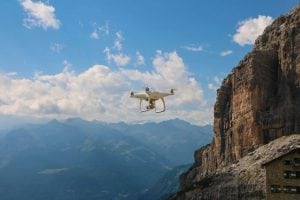