The order, which could be extended if Poland chooses to exercise its option for additional aircraft from Alenia Aermacchi, makes Poland the sixth country to select the F124/F125 engine family, which already has operational status on Taiwan’s Indigenous Defense Fighter and the Czech Republic Air Force’s L159 light combat aircraft and is also powering the M-346 fleets of the Italian Air Force and Republic of Singapore Air Force, among others.

Poland’s new M-346 aircraft will replace the country’s long-serving PZL TS-11 Iskra fleet, enabling its pilots to simulate conditions similar to the F-16 Fighting Falcon —the country’s combat fighter of choice for the past five years — as well as other platforms including the F-35 Joint Strike Fighter. The first aircraft complete with the ITEC F124 engine are scheduled for delivery to Poland in the second half of 2016. 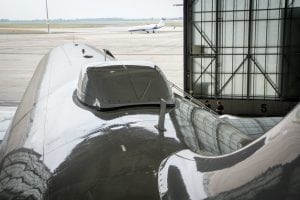