[Avionics Today 09-12-2014] The Dutch Safety Board has released its preliminary report on the crash involving Malaysia Airlines Boeing 777-200 flight MH17, which was downed in Ukrainian airspace on July 17. The passenger plane is widely believed to have been gunned down while flying over the conflict-torn region of Hrabove, Ukraine. While the preliminary report does not go as far as identifying a specific reason why the aircraft went down, it does seem to point in that direction. .

“The pattern of damage observed in the forward fuselage and cockpit section of the aircraft was consistent with the damage that would be expected from a large number of high-energy objects that penetrated the aircraft from the outside,” the report notes, hinting that the plane was most likely struck down by armed forces.

Following the incident, Ukrainian officials asked the Netherlands to head an international investigation into the crash that killed all 298 people on board, of which 193 were Dutch citizens. Australia, Malaysia, the Russian Federation, Ukraine, the United Kingdom and the United States are also participating in the Annex 13 investigation, which has sparked concerns about civilian safety over conflict zones.

While the report notes that “coordinated access to the wreckage site by the international team of air safety investigators has not yet been possible,” investigators are making use of photographs and items from the wreckage as well as any data collected from or about the plane, in lieu of access to the site. This includes aircraft maintenance data from the operator; flight operational data — such as Notice to Airmen (NOTAMs), flight plan, weather and crew status — from the operator and various international service providers; Air Traffic Control (ATC); surveillance data obtained from both the Ukrainian State Air Traffic Services Enterprise (UKSATSE) and the Russian Federation; Flight Data Recorder (FDR) and Cockpit Voice Recorder (CVR) data along with satellite imagery taken in the days after the occurrence.

After assembling this information, investigators have found that the aircraft was airworthy at the time of departure and there were no known technical malfunctions. It also notes that, at the time of the incident, flight MH17 was flying at FL330 and, while UKSATSE had issued NOTAMs that restricted access to the airspace below FL 320 in the region “due to hostilities between armed groups and the Ukrainian armed forces,” the report maintains that MH17 was not out of bounds.

“At the time of the occurrence the aircraft was flying in an unrestricted airspace under control of ATC, following the route and flying altitude as cleared by ATC,” the report states.

While many consider this a closed case, the Dutch Safety Board maintains that new information will continue to become available in coming months.

“The initial results of the investigation point toward an external cause of the MH17 crash. More research will be necessary to determine the cause with greater precision,” said Tjibbe Joustra, chairman of the Dutch Safety Board, in a statement the board released on the report.

The board hopes to have a full report available one year after the date of the crash. 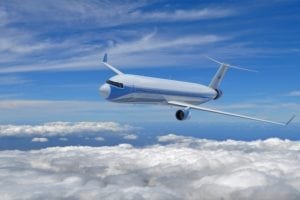