[Avionics Today 08-28-2014] Northrop Grumman's Common Infrared Countermeasures (CIRCM) system recently completed another round of U.S. Army testing by demonstrating its capabilities on a UH-60M Black Hawk helicopter. The flight test was conducted at Redstone Arsenal in Huntsville, Ala..

“Drawing upon more than 1 million hours of laser-based directional infrared countermeasure system operation in theatre, plus 1,000 hours of instrumented CIRCM tests, allowed us to successfully handle the complex scenarios encountered during the flight testing phase of this program," said Jeffrey Q. Palombo, vice president and general manager of the Northrop Grumman land and self protection systems division.

The CIRCM system, which has been installed on more than 850 aircraft, is a lightweight, laser-based countermeasure system. Using an open architecture approach, it is designed to integrate and operate with legacy and emerging missile-warning systems for rotary wing, tilt-rotor and small fixed-wing aircraft across the military services. 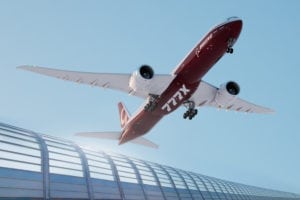