[Avionics Today 08-27-2014] Boeing and Royal Jordanian Airlines celebrated the delivery of the carrier’s first 787 Dreamliner, which will play a central role in the Amman-based airline’s plan to modernize its fleet. Royal Jordanian acquired the aircraft through leasing company AerCap, making the airline the second in the Middle East to operate the 787.

To support Royal Jordanian's Dreamliners, Boeing is providing flight and maintenance training to the airline’s employees and will be using a diagnostic and predictive capability that evaluate in-flight airplane operations data and notify ground crews of potential maintenance issues, among other services. 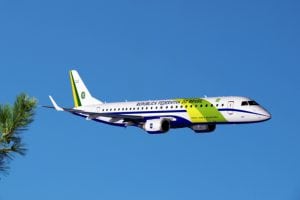