Although Delta Air Lines has hit the final phases of going paperless with Electronic Flight Bags (EFBs) on a Microsoft Surface 2 tablet, the company does not see many upgrades mandated as part of NextGen as justifying smart investment behavior in the immediate term.

Delta is interested in partnering with the U.S. Federal Aviation Administration (FAA) to bring NextGen to term for greater efficiency and, ultimately, better customer service. However, this will not be for the sake of what Captain Ken Speir, Delta’s director of line operations, calls “gee whiz whiz-bang cockpit tools,” or even just reduced mileage. “Really, those benefits and goals in other areas don’t provide the kind of real, tangible benefit that would be necessary to justify the equipage rates,” says Speir. “The purpose of each and every one of our investments … is providing consistent customer care, … so that the schedules we publish are more reliable, the service that we provide to the customer is smoother, and the efficiencies that it delivers from an environmental perspective with reduced fuel burn help us with the environment.”

But when it comes to other updates, such as Automatic Dependent Surveillance-Broadcast Out (ADS-B Out), mandated by 2020 in the United States, Delta’s feeling is that the system boasts benefits too vague to invest in just yet. The airline wants to hear firm aircraft separation ADS-B standards announcements, with a fixed implementation date set, before they begin to write any checks.

But don’t confuse that sentiment with a dislike for NextGen; Delta is passionate about the modernization program and even has an explicit goal set of being the FAA’s most collaborative partner on Air Traffic Control (ATC) procedures. To prove it, Delta is currently at work with the FAA on improving processes. However, developing and implementing those procedures, such as basic merging and spacing, metering tools and systemic traffic flow management systems, has been expensive and time consuming for both Delta and the FAA. The organizations’ joint work has not yielded the results either party hoped for by now either, says Speir — and that has complicated things.

“A large part of our business plan was hinged upon 2015 RNP [Required Navigational Performance] procedures in Atlanta. Because of the challenges we’ve seen in Air Traffic Control procedures and pilot procedures and in traffic flow management from the FAA, those procedures at the earliest look like 2018 or a four-year slip or more,” says Speir.

Meanwhile, Delta has gone ahead with only the upgrades necessary to keep flying its routes, such as outfitting planes with Controller-Pilot Data Link Communications (CPDLC) to retain access to European skies. But RNP and even Area Navigation (RNAV) are technologies that Delta does see as having real world benefit now. “RNAV and RNP are very important to use globally, especially in locations like Africa, where the infrastructure of surveillance on the ground, the radars aren’t as plentiful as they are in a more industrial country or nation like the United States,” Speir says.

Technologies such as RNAV and RNP that improve operations and service in developing nations are very attractive right now to Delta. According to Speir, the next investment coming for the company will be some sort of weather technology that allows the airline to detect and avoid clear air turbulence — no matter where the plane is. No technologies are fully developed yet, says Speir, but when they are, Delta will make the move.

Ahead of the Curve

While Delta struggles with fuel costs, customer satisfaction and tight budgets, EL AL Israel Airlines grapples as well with the economical perspective on mandates and likewise has found a sweet spot in tablet applications. Jacob Barak, director of engineering at EL AL, is currently evaluating different types of fuel enhancement software to run on iPads for distribution to every pilot and maintenance technician. “Fuel consumption is not only a safety issue,” he says. “It’s an economical issue.”

In compliance with the International Civil Aviation Organization (ICAO), EL AL now has Future Air Navigation Systems (FANS), and, like Delta, fleet-wide CPDLC implemented as well. Barak says EL AL has put satellite communications (satcom) installs into motion as well. Though not required by any mandate, satcom allows more efficient airline operations, and so the forward-looking airline went for it.

Barak says EL AL would like to make a move on GPS Landing Systems (GLS) as well, but infrastructure is holding implementation back, similar to the wait for ADS-B routes at Delta. “Many airports don’t have the ground equipment yet, … I don’t have enough data to know how soon it’s going to be equipped in various airports which are in our route structure,” Barak adds.

While EL AL sees no more ADS-B Out benefits than Delta does, Barak says they are staying ahead on compliance, as the Civil Aviation Authority of Israel (CAAI) adopts all FAA mandates, and, in addition, EL AL complies with European Aviation Safety Agency (EASA) requirements. “What we do, basically, is that … we proactively install systems that are [required] even much ahead of the deadline,” says Barak. EL AL’s 747-400s, 777s and 737s have already been updated with ADS-B Out components and systems, including transponders and GPS, and they fly some routes already. The 767 fleet is next and it is currently undergoing retrofits to do the same.

Among other technologies EL AL is considering is the Head-up Display (HUD). “We have some thoughts about Head-up Displays,” he says. “But it’s not yet confirmed — we are just considering things to invest in.” Barak’s dream for EL AL is for Mean Time Between Removal (MTBR) and Mean Time Between Failure (BTBF) to reach 20,000 or 30,000 miles, and he says critical avionics equipment made by Honeywell or Rockwell Collins is getting there. But non-critical systems like HUD? Not so much, and that’s a deterrent to making non-mandatory upgrades at all, he says. “If the system were a lot cheaper, maybe more airlines would adopt it. … It can fly without the Head-up System. … It’s not an essential system, definitely not,” he adds.

Perhaps one of the few airlines already on board with ADS-B’s alleged benefits is Icelandair. “We did it for both reasons, actually, [the mandate and fuel savings],” says Hilmar Baldursson, the airline’s VP of flight operations. “For the first part of ADS-B, the main reasons were the routes of Northern Canada over the Hudson Bay, we are flying from Keflavik to Minneapolis, Seattle, Anchorage and Vancouver — and the justification for the ADS-B initially was flying the northerly routes,” he says. Now that Canada is adding ADS-B, and Iceland is in oceanic areas adding the service as well this year, Icelandair has already seen service from Europe and Canada.

Already boasting considerable fuel savings from RNP approaches to their main hub in Keflavik, Baldursson says Icelandic Civil Aviation Administration mandates have driven many upgrades, but that he is excited about heavy investment in the near future to connect the 757 fleet. “In addition to [757 upgrades,] we have just completed the accreditation for the Multi-Mode Receiver (MMR) for our fleet and the next step we are taking is the installation of satcom along with ACARS, which we already have had for two years but now we are including the CPDLC part of it,” he says.  That satcom will go to use in the cockpit in conjunction with a weather tamper solution from Panasonic Avionics, which Icelandair is installing as part of participation in a Panasonic program gathering data from different aircraft at various airlines.

“We are now looking into future connectivity of the aircraft and satcom is definitely going to be a part of that in the cockpit as well [as the cabin,]” says Baldursson. He sees it coming into play not only for ACARS and CPLDC, but also for EFBs, which will come after Icelandair completes a need analysis. “We are not yet decided on EFBs,” says Baldursson. “We are presently reviewing RFP’s from different vendors. We are actually more thinking about it as purpose-driven, and once we know what we are going to do with it, then we will pick a hardware. The hardware is the end decision, not the first,” he says. Connectivity has motivated the move to Class 2 EFBs, in view of Icelandair’s goal of real-time, worldwide connectivity with the status of the aircraft continually sent to the ground via Iridium, according to Baldursson.

As part of that package, the company activated VDL Mode 2 Datalink capability to alleviate frequency congestion at high traffic airports where they were experiencing ACARS bandwidth problems. Zvacek says the retrofit project will allow American to meet near term datalink mandates while preparing for U.S. DataComm deployment. The instrumentation provides greater operational awareness and the display space required for future navigation, surveillance and DataComm functions. Zvacek says the airline has been a leader in CPDLC projects, and that this project provided early compliance with the European and North Atlantic datalink mandates.

On EFBs, American has issued iPads to each of its pilots, but has not made a move on other equipment. Generally, pilots will use the EFBs for aircraft manuals, charts and maps, but other applications are up for planning in the future.

Starting early this year, American will also upgrade the Aircraft Information Management Systems (AIMS) in its 777-200 aircraft from AIMS I to AIMS II. Integrated Standby Flight Displays (ISFD) will be installed at the same time. This modification will allow activation of VDL Mode 2 communication, advanced navigation and ADS-B functions in those aircraft.

American is preparing for ADS-B Out retrofits with the understanding that the technology is a step toward a surveillance system that will be beneficial to the airlines in the future, says Zvacek. “In collaboration with airspace redesign projects throughout the world, we look forward to ADS-B In functionality that will provide airborne and surface movement benefits to our airline,” says Zvacek.

Like Icelandair and EL AL, American hopes ADS-B Out will provide those benefits, but Zvacek says there is no guarantee. “We have dreamed and desired and wished for benefits to come with equipage, whether it’s navigation systems; but it hasn’t happened. … If there are ADS-B routes developed and someone equips with ADS-B, that would be an example of some benefit from equipage, but that’s pretty rare right now, we would like to see that developed, but it’s pretty rare,” Zvacek says. 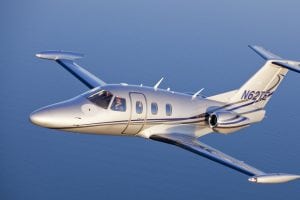