[Avionics Today June 5, 2014] A committee providing aviation industry insight on the FAA's implementation of NextGen has produced a new list of the top four priorities that the industry wants the agency to focus on in its rollout of the shift from radar to satellite based Air Traffic Management (ATM) in the United States.

During his opening keynote speech at the 2014 RTCA Global Aviation Symposium, NextGen Advisory Committee (NAC) Chair and Retired Alaska Airlines CEO Bill Ayer outlined the four aspects of implementation that the group voted on during a committee meeting held one day prior to the symposium. He also acknowledged frustration among airlines that have equipped their fleets with modern avionics that allow them to take advantage of the benefits of NextGen (from reduced separation and lower landing minimums to fuel savings), but have not been able to realize those benefits.
"NextGen means different things to different people. We've got a technical audience that understands the technology and a non-technical audience that just wants to know how does this help me," said Ayer. "The operators are sitting there saying where's the beef?"
In September 2013, the same group voted on 11 top priorities of the program that would produce near term benefits for airlines and operators based on their existing fleet equipage.
Those 11 priorities were voted on based on a list of the 36 total NextGen related initiatives that the FAA is trying to accomplish with its program.  The original 11 priorities included;
Performance Based Navigation (PBN), Multiple Runway Operations, Data Sharing for Airport Surface Operations, Time Based Flow Management (TBFM), Separation management - Wake Re-Categorization and Wake Separation, PBN-Optimization of Airspace and Procedures in the Metroplex, CATM Flight Planning Feedback, CATM-CDM, ADS-B Out, Data Comm and Enroute PBN. You can view the full list of the 36 initiatives that were voted on in the NAC's "NextGen Prioritization" report published back in September.
Now, after considering more feedback from operators, the group shortened that list to the following four priorities that it wants the FAA to focus on. Those four new priorities include;
PBN, Surface Operations, Multiple Runway Operations and the Controller Pilot Data Link Communications (CPDLC) aspect of the Data Comm program.
The first priority, PBN, allows operators to perform modern flight procedures such as Required Navigation Performance (RNP and Area Navigation (RNAV) and Standard Instrument Departures among others. In order for airlines and operators to use these procedures, they have to be implemented and approved at different airports by the FAA, which takes time.
Secondly, the Surface Operations aspect provides increased awareness for Air Traffic Controllers (ATCs), in terms of what is actually occurring on the airport surface. This can help to reduce delays in departures and arrivals by giving controllers more awareness what pilots need to be aware of for different runways at the airport.
The Multiple Runway Operations priority focuses on improving runway access through the use of improved technology, updated standards, safety analysis and modifications to air traffic monitoring tools and operating procedures that will enable more arrival and departure operations, according to the FAA.  This has become a priority because it will not only increase the number of takeoffs and landings per hour at the nation's busiest airports, it will also increase safety and situational awareness for pilots.
Finally, the CPDLC priority is essentially self explanatory, as it is one of the most transformational aspects of the NextGen program. It is the second phase of the FAA's Data Comm program, giving controllers the ability to digitally transfer communications, validation and assignment of altitudes, revised route information and issuance of altimeters to an aircraft's flight deck. Avionics Magazine provided a detailed overview of progress on the Data Comm rollout in February, which is on track for Initial Operating Capability in 2016.

"We're in no way declaring victory, but what makes us optimistic is the process that went into focusing on these four [priorities]," said Ayer. "We're really in a new way of functioning, and this is the idea of joint FAA-industry collaboration….we're telling you we're making progress and we have a high level of confidence that this is going better." 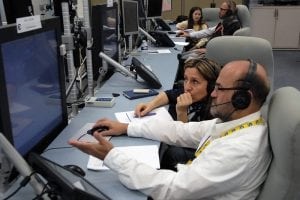 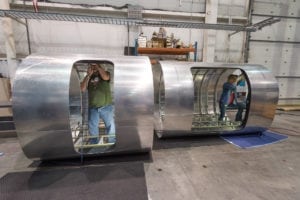 American Airlines M&E: Offering It All