[Avionics Today April 8, 2014] Continuing the recent trend of airlines going digital and paper-free in the in-flight environment, Delta is replacing manuals for its flight attendants with the Nokia Lumia 1520 phablet (phone tablet). Nokia Lumia Phablet. Photo, courtesy of Delta.
The Atlanta, Ga.-based carrier says it can save more than $1 million annually in reduced aircraft fuel burn and printing costs by replacing a 500-page, 5-pound flight attendant manual with a wireless device.
Microsoft, Avande, Nokia and AT&T jointly developed the phablet, which will provide information about each passenger onboard.
Delta also recently replaced paper-based manuals used by its pilots with Surface 2 Electronic Flight Bags (EFBs), which also reduce fuel burn on their aircraft by virtue of the EFB’s comparative weight.
Solutions such as these that focus on the ever-evolving connected aircraft concept will be discussed in detail at the upcoming Global Connected Aircraft Summit (GCAS) in June, where the opening keynote speech is by the Federal Aviation Administration’s (FAA) Steve Bradford, Chief Scientist for Architecture and NextGen Development. Bradford is slated to discuss the FAA's plans to partner with the aviation industry to utilize connectivity with the flight deck to increase situational awareness on the ground and in the air.
There will also be technology executives in attendance from other airlines progressive in connectivity, such as Southwest Airlines and Gulf Air, which plan to discuss what they believe to be the business models of the future for “The Connected Aircraft.”

"The phablet is a great foundation for future software applications that, in time, will allow our flight attendants to readily access customer preferences, previous travel experiences with Delta and worldwide connectivity to the company, enabling them to provide the more tailored experience many customers have come to expect," said Theresa Wise, senior vice president and chief information officer of Delta. 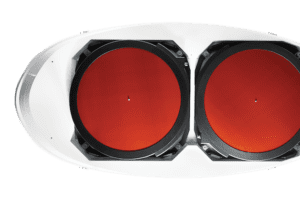 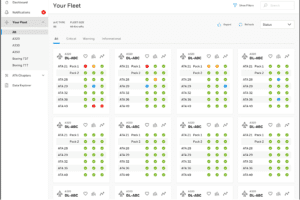