The Legacy 500 is the latest Embraer aircraft added to the company’s training capabilities, joining the Brazilian manufacturer’s training provider FlightSafety and its programs for the Legacy 450, Legacy 600, Legacy 650, Lineage 1000 and the E-Jets family of commercial jets.

Embraer is currently awaiting certification of the Legacy 500.

Mexican low-cost carrier Volaris is looking to modernize its commercial aircraft fleet through a leasing agreement to acquire 16 new Airbus A320 family aircraft.

Under the agreement with an unnamed leasing company, Volaris will acquire 10 A320neo and six A321neo aircraft. Delivery of the new aircraft, powered by Pratt & Whitney PW1100G jet engines, is scheduled to begin in 2016. The airline hopes to reduce operating costs with the new aircraft, as it projects the A321neo will provide an 18 percent reduction in operating cost per seat versus its existing A320s equipped with sharklet wingtips.

“These 16 aircraft together with the existing orders underpin the Volaris growth strategy by having a young, efficient and uniform fleet. Early delivery of next generation, fuel efficient Airbus A320neo and A321neo will allow us to maximize the use of airport slots in key markets and continue to further reduce our operating costs,” said Volaris CEO Enrique Beltranena.

Between 2014 and 2020, Volaris has existing order and operating lease arrangements to acquire an all-Airbus fleet of 50 new aircraft.

Bombardier has publicly showcased its Learjet 75 business jet for the first time during a special upcoming demonstration tour of Latin America in March.

The Canadian airframe manufacturer completed the first deliveries of the Learjet 70 and 75 in December.

Bombardier is also adding a U.S.-based customer response team that will be available 24/7, based at Chicago Executive Airport (PWK) in Palwaukee, Ill. The team will use a Learjet 45 to travel to customers for Aircraft on the Ground (AOG) response and maintenance support among other aircraft issues.

The company said its revenue will be driven by growth in its defense segment, as well as expected deliveries of 92 to 97 jets in the commercial aviation segment and 25 to 30 large jets and 80 to 90 light jets in the executive jets segment.

APB estimates the winglets will save Aeromexico more than 55,000 gallons of jet fuel per aircraft per year. 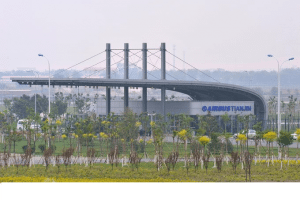 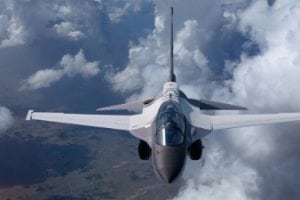