[Avionics Today March 27, 2014] Thales announced a new Memorandum of Understanding (MOU) with the Qatar Armed Forces to assist in the development of an Optionally Piloted Vehicle-Aircraft (OPV-A).

The Qatar Armed Forces will select the OPV-A airframe to be integrated with a mission systems capability. OPV-A is a hybrid between a conventional manned aircraft and an Unmanned Aircraft Systems (UAS), Thales says.
"They are able to fly with or without a pilot on board the aircraft. Unimpeded by a human's physiological limitations, an OPV is able to operate under more adverse conditions and/or for greater endurance times. Retaining on-board controls, the OPV can operate as a conventional aircraft during missions for which direct human control is preferred or desired as an immediate option," according to Thales.

Victor Chavez, CEO of Thales UK, says the company will look to use its experience in both mission systems and UAS development to assist Qatar with its selection. 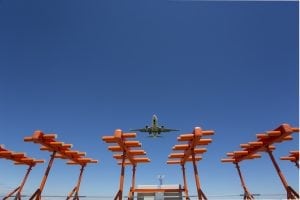