Park Air was selected to provide a communications solution building upon existing infrastructure that will allow the airports to meet the 8.33 kHz channel spacing requirements set by EuroControl. Airports receiving the upgrades include Heathrow, Gatwick and Stansted.

The airline will integrate Jeppesen’s iPad-based FliteDeck Pro EFB into its operations under the new agreement. The transition will provide significant weight savings and improve situational awareness.

Airbus has signed an agreement with EGTS International to develop and evaluate an autonomous electric push-back and taxiing system for its A320 family aircraft.

Under the agreement, EGTS, a joint venture between Safran and Honeywell, will now have their Electric Green Taxiing System, eTaxi, evaluated as an aftermarket option for the A320. The eTaxi allows the aircraft to push back from the gate with no manual assistance and return to the gate after landing without operating the aircraft’s main engines.

“Today Airbus delivers the world’s most eco-efficient single-aisle aircraft – the A320 Family. This is the result of our permanent research for innovative enhancements to make our aircraft even more efficient and capable,” said Daniel Baubil, executive vice president of Airbus and head of the A320 program. “We therefore look forward to working with our EGTS International expert partners – Honeywell and Safran – with whom we share the common view that the A320 Family is a natural fit for an electric taxiing capability.”

“This MoU marks the next critical milestone in the advancement of the Electric Green Taxiing System as an option for Airbus’ A320 Family, by securing Airbus’ support in the development of the system,” said Brian Wenig, vice president of the EGTS program for Honeywell Aerospace.

Thales has not confirmed a date for the maiden flight, which will be the first time the OANS system flies on an aircraft other than the A380, which it debuted on in 2007.

OANS displays the aircraft position on a high-resolution geo-referenced map using an airport mapping database to give pilots directions to and from the gate.

“OANS brings a new level of comfort and functionality to pilots, providing them with an excellent visibility of the situation on the ground as well as helping them to navigate even more efficiently in airports they are totally unfamiliar with; from landing through to arrival at the gate, and vice-versa,” said Sébastien Perrignon, program director for the A320 family at Thales. 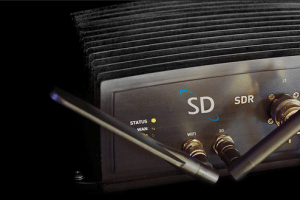